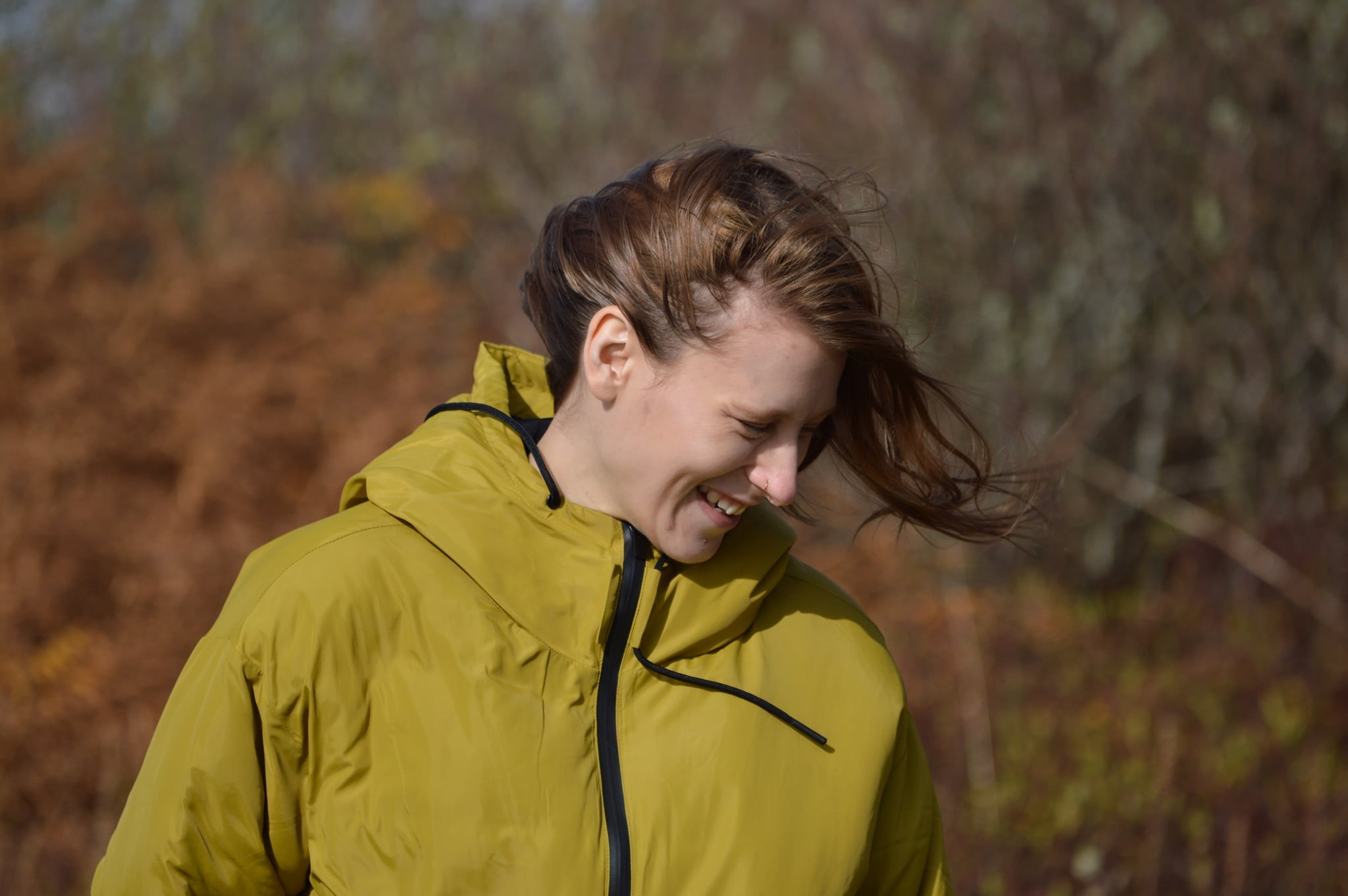 This episode of the podcast Being On The Inside was produced by Nina Abeysuriya, as a volunteer with the Talking Heads project. 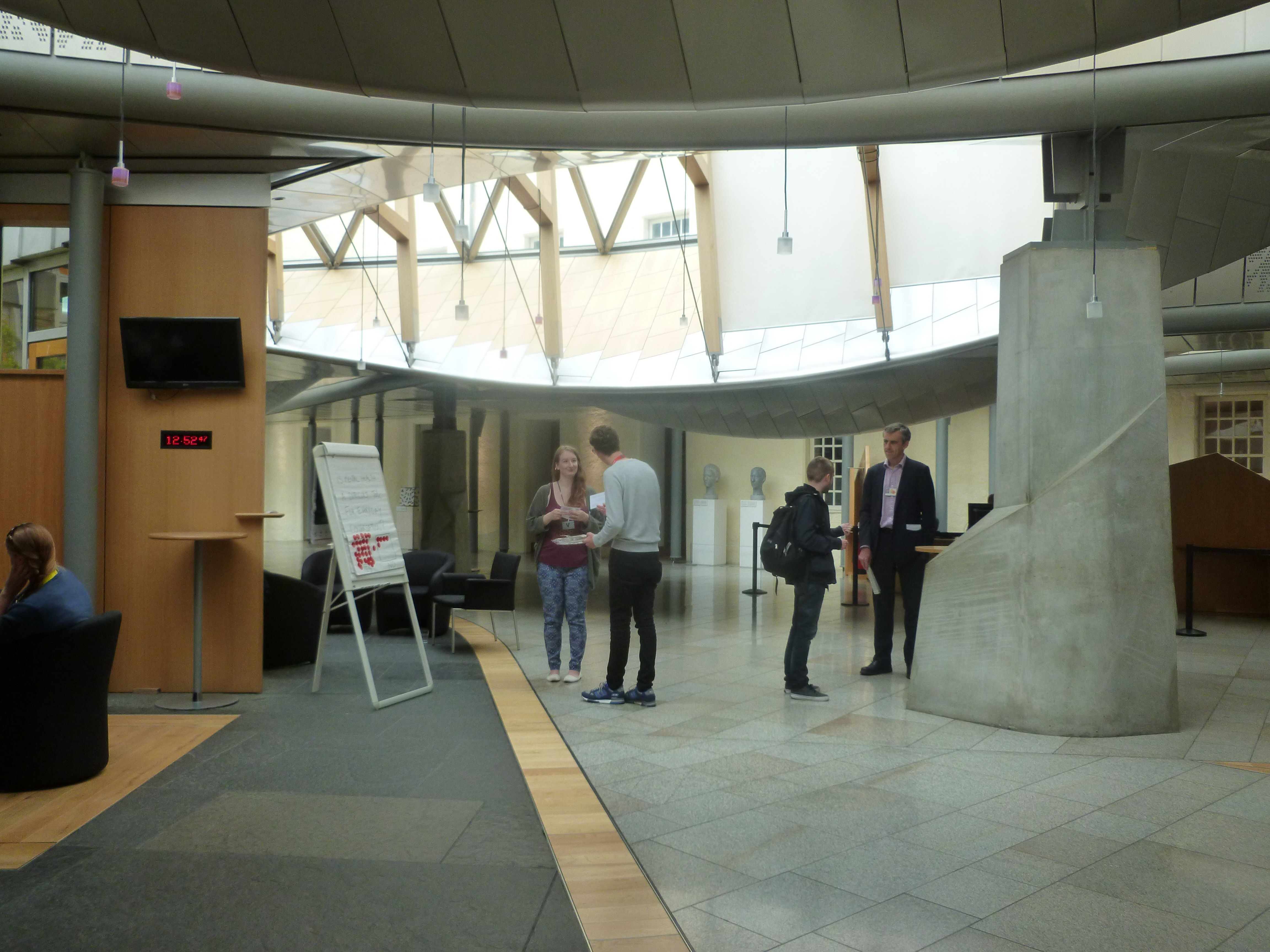 Conversations for Change was a public art project about mental health that See Me and CAPS Advocacy ran in Edinburgh in 2015. Last Wednesday saw the book launch of two books produced as part of the original project, and a chance to revisit the central question: 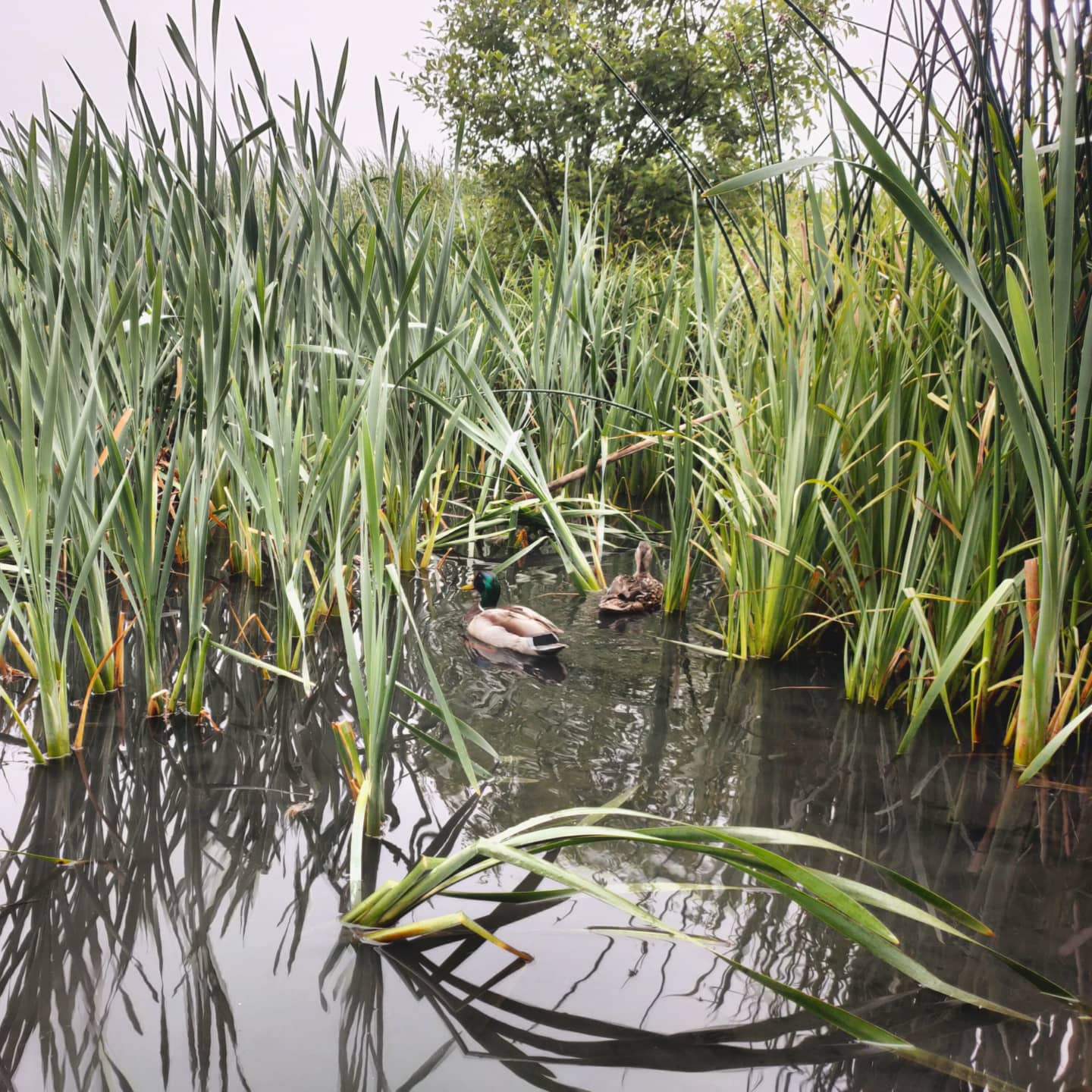 Talking Heads volunteer Nic Saunders has written this account exploring how watching birds helped during lockdown and taking part in poet Ken Cockburn's workshop at SMHAF 2021, 'Where Are the Birds Taking Me?'.

When the first lockdown started last year and we were asked to stay at home, the hyperactive energy that usually permeated the air was settling into a gentle simmer. The streets and sky were quiet and clear of that dirty, stuffy invisible fog that suffocated our observations of the smaller life that was growing and surviving all around us.

In having to stay indoors and outdoor access shrunk to five miles, my local area became my own wider world. That one hour of outside time took me through lanes and streets I was too anxious to explore, fearfully expecting the neighbourhood watch to misinterpret my slow aimless wandering and casual glances through curtainless windows as scouting for a potential breaking and entering instead of human curiosity and inspiration for my own home decor. It took me to plants and trees and patches of woodlands I'd passed on the bus that I promised I'd visit at the weekend only to forget a few minutes later as the bus pulls into my stop and I start thinking about all the possible dangers that are lurking in the shadowy corners of the five-minute speed-walk home. The less people were around and the more common daytime wandering had become, the dangers that had previously presented themselves were not quite as loud. I still had anxiety that would hold me hostage for days at a time, which in hindsight, I now recognise as hyper-vigilance and actively living through a pretty stressful few years of uncertainty.

Still, even amongst all that anxiety and trauma, I had found respite in the lockdown. I didn't feel as guilty for staying indoors and would sit at my living room window hidden from street view by a young blackthorn tree and a flourishing fuchsia bush. In this guilt-free bliss, I started to notice things I hadn't seen before. Bumblebees were frequent visitors to the little ballet-dancer flowers of the fuchsia; their little striped body disappearing into the pink and purple nectar source. The more I looked, the more I would see. The bush was a packed-out lunchtime buffet for these hungry little pollinators. I listened more carefully to the sounds gliding through my open window. With the sound of cars and planes infrequent, the songs and calls of birds and squirrels were accepting their solo in the urban orchestra of sound. I wanted to meet these birds that I would see only as a blur dive-bombing into the massive rhododendron that was taking up half of my front garden. I'd installed an app to identify the chirps and melodies of these avian mysteries and could now recognise robins, blue tits, starlings and blackbirds by sound, but now I needed the visual component to realise these birds. I set up bird feeders outside all three windows of my ground-floor flat, fat balls in coconut shells hung from sturdy branches, their delicious innards enticing them as close to the window as possible. The first diners came a few hours later – a robin with its stout red chest instantly recognisable and a blue tit with its yellow neck surprised me how much smaller it was than the other feasting birds. The sparrows with their shades of brown favoured the feeder at the living room window, while a family of blue tits favoured the secluded shade of the bedroom window, much to the delight of my cat who would fall asleep watching one peck upside-down through the gaps in the mesh of the plastic feeder while others hop from branch to branch, side-stepping closer and closer, awaiting their turn to fill their bellies.

Becoming familiar and finding joy in these little creatures cemented my fondness and delight for birds and most definitely got me through the hardest moments during lockdown, so when scrolling through the SMHAF events, my heart fluttered when I saw the workshop 'Where Are The Birds Taking Me?'. What better way to honour these magnificent creatures than to immortalise them through words?

We were first tasked with spending some time writing about places where we have seen birds and how they characterise those places. Once I had gone through the usual suspects (seagulls, pigeons and crows), I was taken to a recent 2am wander where I had spotted a songthrush regaling stories of the local cityscape, singing songs of car alarms and owners calling for their dogs, filtering through the branches on the tree-lined walkway of the old Leith Railway line.

We were then asked to write descriptions of comparisons of calls, plumage and flight. David Attenborough's narration of the Birds of Paradise in Papua New Guinea flashed into my mind. Feathery works of art that have evolved elaborate and vibrant plumage make them the fashion icons of the jungle. Our drab street pigeon has nothing on them. I remember years ago being blown away by the Australian Lyrebird (again thanks to Sir Attenborough). It could mimic natural and artificial environmental sounds including chainsaws, the beeping of a reversing truck and camera shutters. I once heard a blackbird mimic a seagull once. If they are our equivalent of environmental indicators, there must be a healthy abundance of seagulls next to the Morrisons in Granton.

Our last quick bit of writing was to choose an area where the birds can access, but we cannot and tap into the bird's eye view. This activity was a little more challenging as my mind was filled with environments from the sky to the sea, under bridges to the space between mountain peaks. I pictured a migratory bird sailing through the atmosphere, passing over landscapes uninhabitable and inaccessible to man. With ease, they glide over changing seasons that we are only witness to on the ground. How cold and beautiful it must be from up there.

The more we wrote and shared our experiences and observations of birds, the more I became aware of the diversity and expanse of the bird world. I recently went on a small adventure not too far from home and spotted birds I hadn't seen before. I met three pheasants grazing on farmland and two male bullfinches just going about their business. There are always new birds to identify and get to know locally and more widely. Even the ones we already know have personalities and variations; one of the sparrows that visits my window feeder likes to dig for particular seeds and makes a mess on my windowsill. It's been more than a year since we first went in to lockdown and I am pleased that this is the hobby that has emerged from it.

I leave with a short poem:

A mallard lazily breezes through reeds in the centre of a pond.
Hidden from view,
Like a predator in the savannah,
It sees you, but not you it.
Only the wiggle of the tips of the reeds give any indication of the life inside.
It navigates effortlessly through the jungle of stalks,
Unknown presences avoided silently.
How quiet and peaceful it must be,
To be invisible to the human eye.

Nic is a creative queer human living in Edinburgh with 2 potato-sized guinea pigs and a passion for sharing stories about the healing experiences of nature and living with complex trauma. 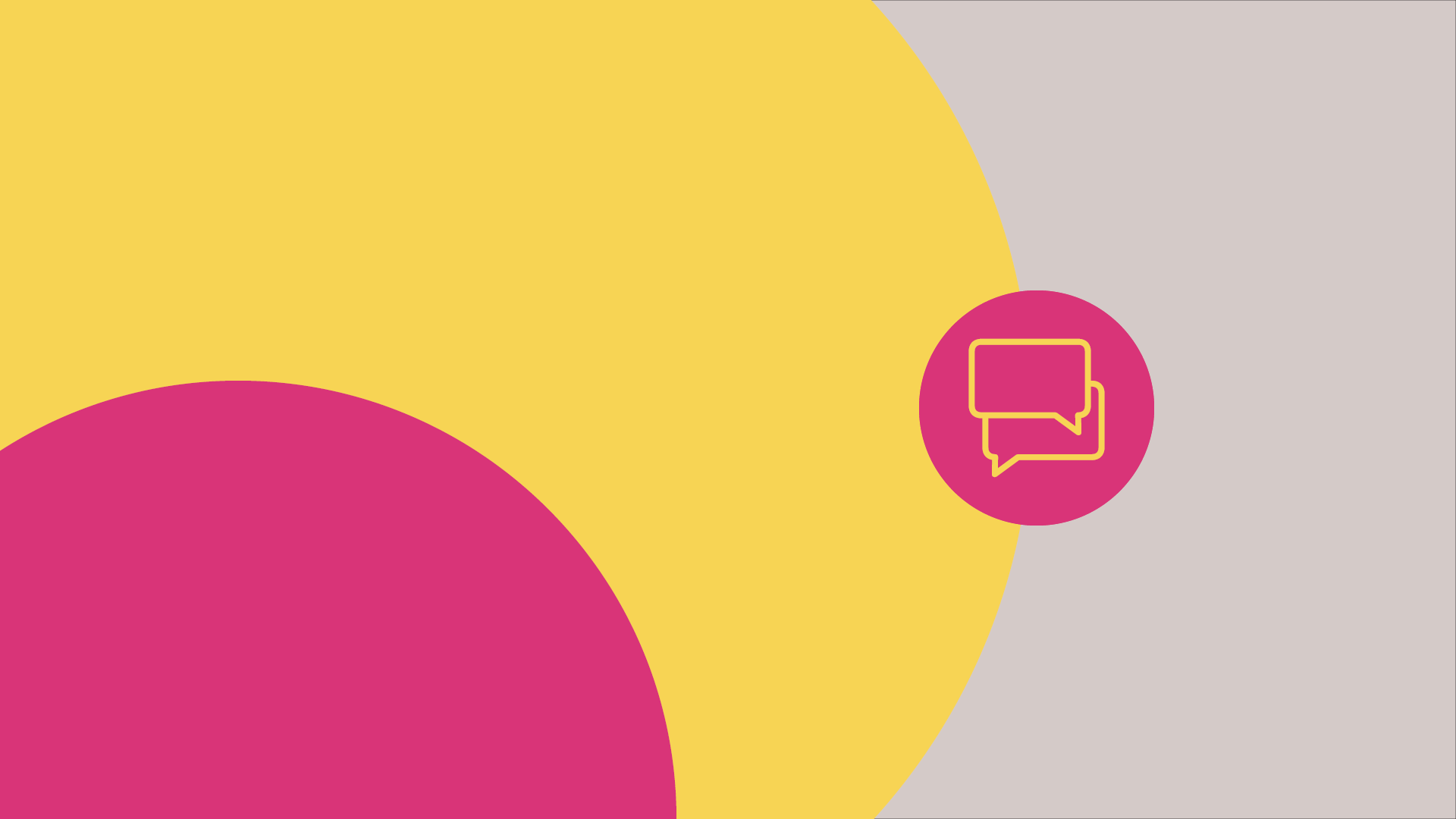 In this Mind Matters podcast for the Talking Heads project at SMHAF 2021, Michael McEwan speaks to writers Sasha Greene and Angela McCrimmon about writing and mental health.

Sasha Greene is the Scottish author of Something Like Happy, a novel which explores mental health issues, and is passionate about mental health and diversity.

Angela McCrimmon is a mental health survivor and author of Can You Hear Me Now?: Finding My Voice in a System that Stole It, a memoir about her self-management journey.

In this Mind Matters podcast for the Talking Heads project at SMHAF 2021, Michael McEwan interviews Janine from the Well Happy Band and Ayrshire-based singer-songwriter Michelle Connolly.

Well Happy have been leading various events at SMHAF 2021, including Happilele Lessons through April and May, and Folding Into Nature, an origami workshop on Sat 15 May as part of Mental Health Awareness Week.

Michelle Connolly launched her new album Selah as part of an event supported by the North Ayrshire Wellbeing and Recovery College.