The Power of Music: Raising the Old Church Roof

A varied selection of musicians gathered to wow a sell-out audienceat Saint Luke’s in Glasgow on World Mental Health Day. Talking Heads reporter Anne Austin wrote her experience of the concert and why it was such a vital event.

The inaugural The Power of Music concert, organised by Maureen and Iain Kelly and their team, was inspired by the couple’s personal experience of mental health and suicide. The fundraising evening, which aims to become an annual event, is multipurpose. As well as raising awareness about music therapy charities, bridging gaps in traditional treatments and reducing stigma are also at the heart of the plan.

Somewhat unusually and deeply touching, the husband and wife team were not only fundraising for their own charity, Music on Prescription, but all proceeds from the night were equally split with two other music therapy providers, Nordoff Robbins Scotland and Playlist for Life. 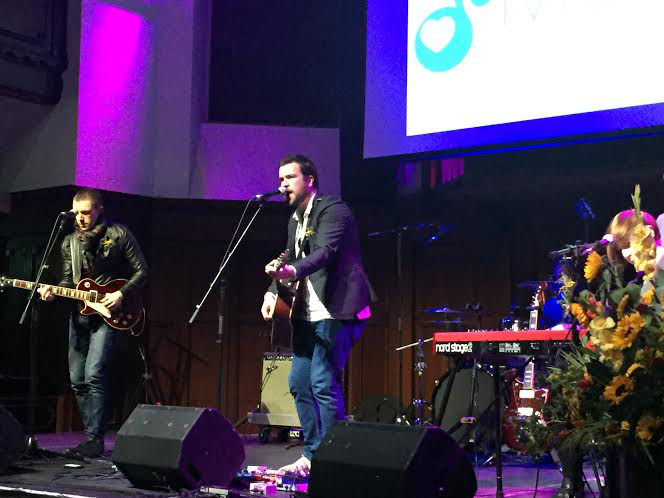 Maureen said: “We are launching Music on Prescription which will be a free global first aid service. Simply, the power of music will be utilised to bridge waiting times between seeing a medical professional and receiving treatment. This is a critical time. You can feel the power in here tonight and this is just the beginning. It is exciting to think what next year will bring.”

The line-up, which included Clanadonia, Simple Minded, Toy Tin Soldier, Declan Hegarty, The Modests, Russell Stewart and Jill Jackson, as well as host for the night Jim Gellatly, all gave their own heartfelt messages and support for this outstanding occasion.

Radio DJ Jim said: “It is fantastic to be able to use music in such a positive way. Music is so much more than just a Saturday night. These three charities here tonight are all fantastic and show the true power of music.” 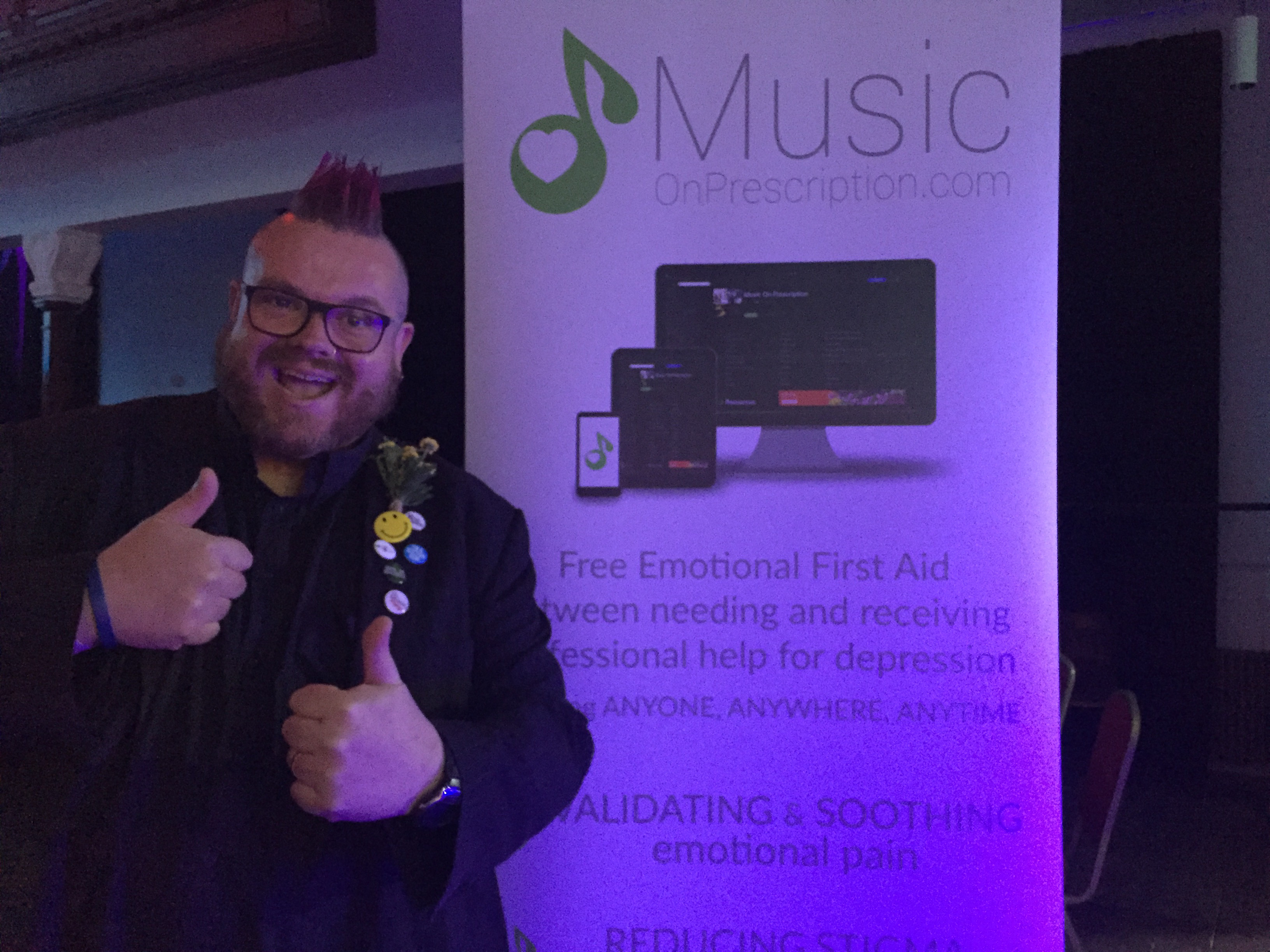 The tribal drums and pipes band Clanadonia, known for their integral role in blockbuster movies, T in the Park and global sporting events, fuelled passion into the audience with their passionate display, which included their famous ‘Hamster Heid’. Attempts by the boys to finish their set were diluted as the crowd shouted for more and got exactly that.

Drummer and founder of the band Tu-Bardh said: “Mental health can impact anyone at any time. When we were asked to play tonight, there was no question. Anyone who has experienced difficulties and witnessed what this illness can do to a person will fully understand the need to support such causes, create awareness and reduce stigma.” 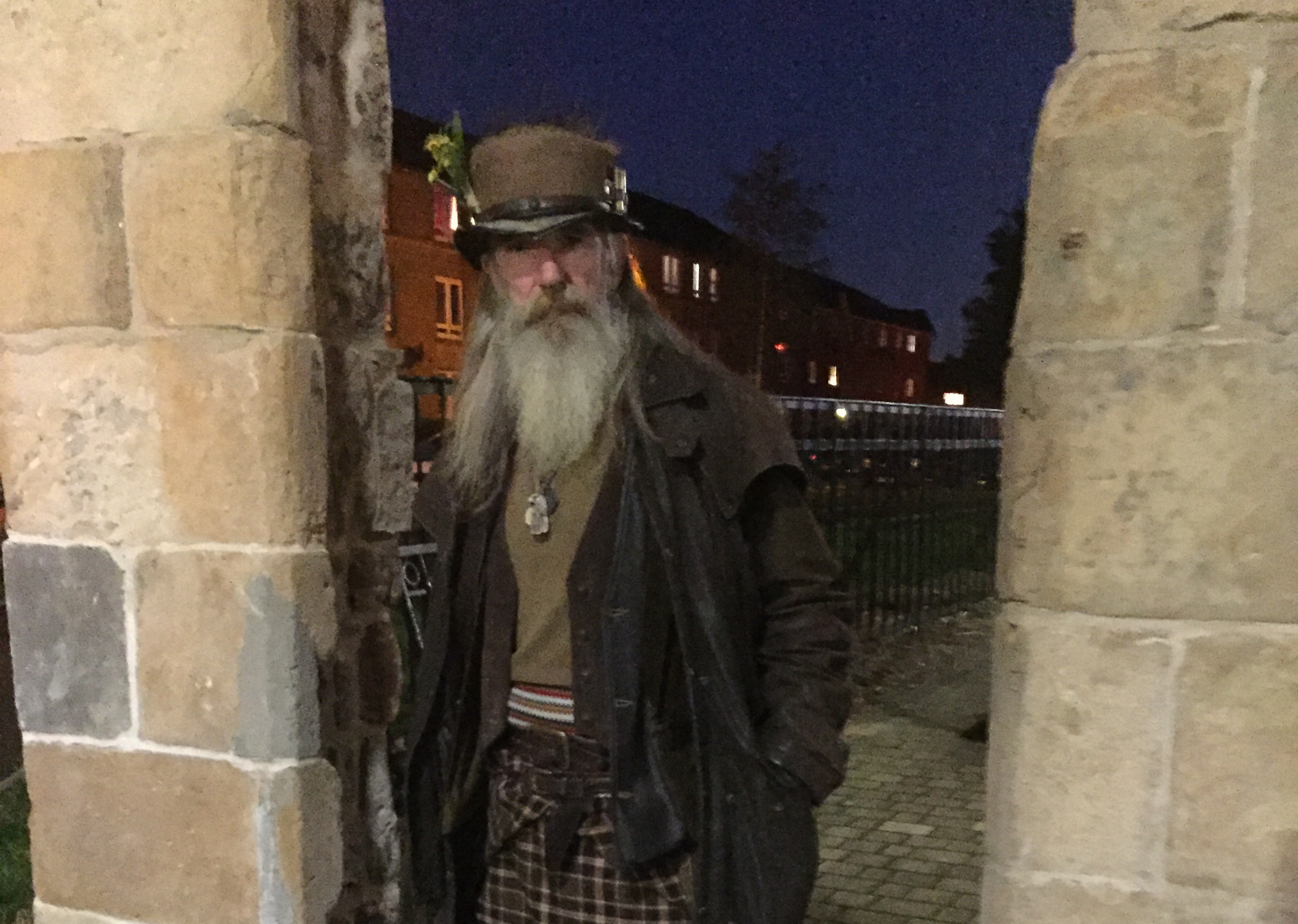 Headliner, Jill Jackson, spoke of the interpretation of music: “A love song to one person can be a song about bravery to another, as Maureen and myself discovered in a recent chat.” It is no surprise that this Scottish singer-songwriter is popular with audiences across the UK and America, with her spine tingling vocals and engaging acoustics. Jill has taken on the no doubt fruitful task of teaching Maureen the guitar. Watch this space! 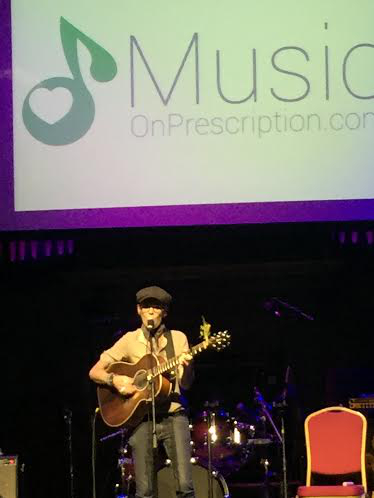 One member of the audience said: “We have had pop, classical, tribal, heavy metal and many other styles of music here tonight to combine for this event. If the feeling in this room tonight could be transported to wider society the world would be a better place instantly. The feeling of awareness, support, hope and the complete lack of stigma here right now is overwhelming and has put this smile on my face.”