#MyEscape: Living in the Age of the Exile

8-year-old Mujtaba squints into the camera, head slightly tilted, smiling shyly as his uncle takes the photo. The mobile phone camera then shakily pans out and we’re in a bleak expanse of sand and rock at the side of an overcrowded jeep of refugees, halfway through a journey from Afghanistan to Germany. Mujtaba appears on screen several times #MyEscape: stumbling across a desert landscape in a group of men twice his size; close-ups of his dark eyes full of premature knowledge; or curled up small in the empty fuel tank of a lorry making its way across a border. And then, later, hair styled, bright clothes, watching the footage on his phone in Germany, sketching out memories in pencil of things too traumatic for words.

‘We live in the age of the refugee, the age of the exile’, writes Ariel Dorfman, the Chilean-American novelist and activist. According to the UNHCR, in 2015 over 65.3 million people worldwide were forcibly displaced by conflict and persecution, 21.3 million of them refugees. The trouble with numbers, however, is that after the initial impact, the mind adjusts its sense of scale, as if to shield itself from what these figures actually mean. According to the Missing Migrants Project, 3,521 people have died or are missing in the Mediterranean so far this year, and, yet, after the media outcry around the Lampedusa boat disaster in 2013, in which 359 migrants lost their lives, regular updates about these mass drownings have ceased. 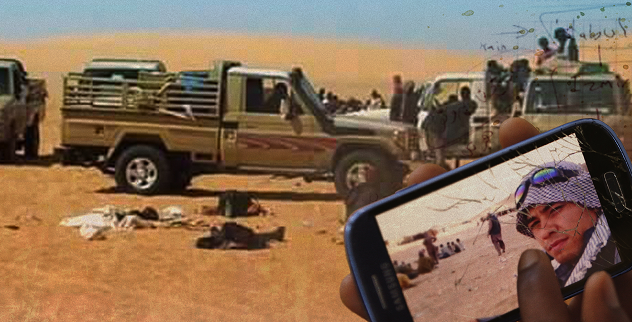 Against a backdrop of dehumanising political and tabloid rhetoric, #MyEscape draws attention instead to the intensely personal stories that make up this global crisis. As the hashtag indicates, this is a documentary for and by the Twitter generation, using footage filmed by refugees on their own mobile phones as they made their hazardous journeys to Germany – from Syria, Eritrea, Iran and Afghanistan – interspersed with hand-drawn maps of their routes.

Janine Dauterich, the film’s editor, emphasises that the protagonists of #MyEscape are young people ‘just like us’, chosen by the production team largely from social media posts and YouTube videos. Official terms may well be contested and confused – refugee, asylum-seeker, migrant, stateless person – but Janine points out that the German word is the same for all: ‘flüchtling, the one who flees’. There is a sense, watching this documentary, that vocabulary matters much less than the immediacy of individual experiences. These are children, students, reporters, doctors, musicians, who, through no fault of their own, have been uprooted and forced to leave everything behind, venturing into an uncertain future. 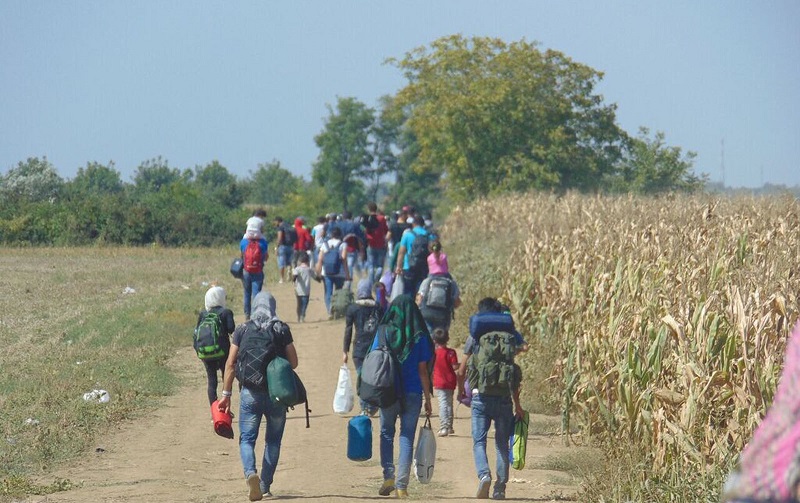 While Europe deploys high-tech surveillance and satellites to patrol its external borders, on the ground social media and technology are tools for refugees: a way for them to research journeys, working out which directions to take, which borders are still open, tapping into GPS to locate themselves in a new landscape. But the navigation is also psychological, bringing with them images of family from home and documenting the journey, watching it back later to make sense of how far they’ve come. And then they broadcast it, through social media and #MyEscape, inviting a global audience to bear witness.

We move with them across sun-scorched dunes of the Sahara, wide expanses of the Aegean, the jagged skyline of the Taurus mountain range, the litter-strewn fields of the Balkan Route, but rather than free movement, the journey often feels like another form of imprisonment, with closed trucks, locked rooms, the constant watchfulness of armed traffickers, long hours spent waiting for trains, dinghies, trucks and jeeps.

Uncertainty is a key theme of the documentary, relating to the many dangers encountered on the journey, but also to the life left behind and the future lying ahead. As Janine reveals, many of the protagonists remain in a state of limbo even now, waiting for documentation, allowances or family members, still stranded in camps a year after arriving in Europe, not yet ‘arrived’ in the full meaning of the word. 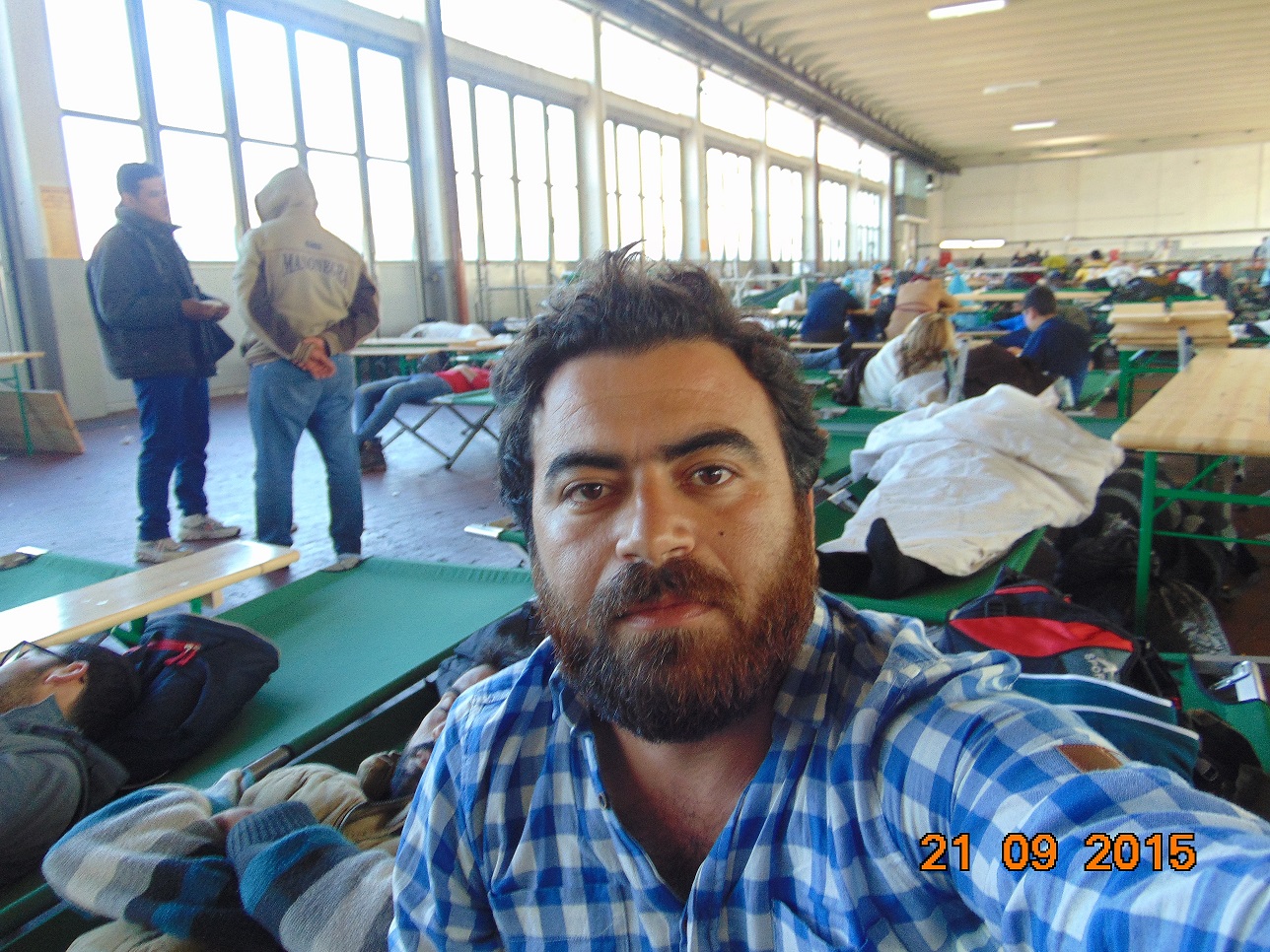 As reported by science journal Nature in October 2016, the extent of the mental health crisis facing refugees is shocking: the pre-migration trauma of war, violence, rape, forced labour, persecution, grief and torture, and then the psychosocial stressors not only of the journey, but also of arrival and survival in a foreign culture. Crucially, the countries receiving refugees are dealing with mental health crises of their own, the issue still largely taboo and services overstretched, and, although the WHO and the UN have produced a guide specifically aimed to address these challenges, it is clear that mental wellbeing, while so clearly central to people’s ability to adapt and function, is far from being a political priority.

Despite the initial promise of concepts such as Willkommenskultur, the international response now represents an overall failure of empathy. Although events occasionally shock us out of our apathy, such as the death of 3-year-old Alan Kurdi back in 2015, the trends currently gaining strength in Europe are worryingly those of right-wing populist movements: the Alternative für Deutschland (AfD), the Front National in France; and the Freedom Party - the Freiheitliche Partei Österreichs (FPÖ) in Austria.

Disillusionment with the EU, uncertainty around asylum policies and the protracted nature of armed conflicts the world over all bode ill for refugees. Borders are being closed, walls built and camps cleared. And in the UK, while the Home Office makes public pledges about taking in more people and aiding resettlement, the reality is that appealing decisions by the immigration and asylum courts is due to become 500% more expensive, with the ‘return directive’ of deportation gaining more traction in this post-Brexit climate, as ‘security’ is increasingly promoted over questions of human rights and freedoms. 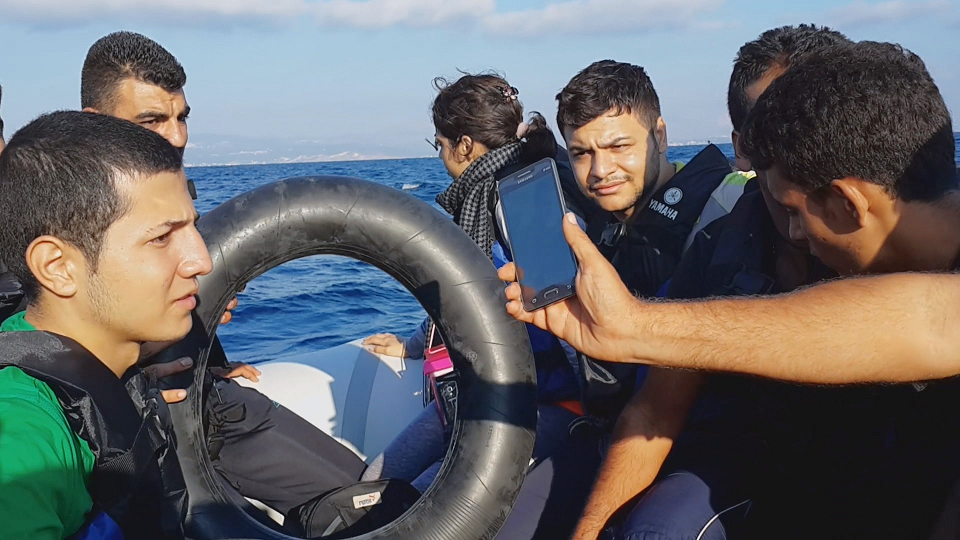 Still, despite the changing mood in Europe and the perceived failure of Willkommenskultur, #MyEscape nevertheless retains a sense of hope, ending with vignettes of the protagonists launched into their new lives. We see football teams, apprenticeships, language classes and Mujtaba playing in the snow. A particularly poignant moment is when 21-year-old Omar recalls arriving by train to Austria, where a loudspeaker announcement welcomes them in Arabic: ‘This was the most beautiful moment of the journey. It was the first time that we’d heard the word “welcome”’. And while the rise of the right casts a dark shadow over European politics, there are many who are doing good work. In Scotland, which has taken in over a third of all the Syrian refugees in the UK, numerous grassroots organisations are working tirelessly to support the new arrivals: Freedom from Torture, Refuweegees and The Welcoming, to name a few.

Part of the issue, Janine suggests, is that the people she really wishes would watch the documentary – those who condemn the refugees or see them as simply coming to take jobs or claim money – are precisely those who won’t. The sharing of stories and images – the ‘ripple effect’ as Tamara Van Strijthem from Take One Action put it in the post-screening Q&A – needs our participation if it is to enact real change. As with Amnesty’s recent Look Beyond Borders, in which people maintain four minutes of uninterrupted eye contact with refugees as a way of reconnecting with empathy, each of us has to be willing to open ourselves up to the experiences shown in #MyEscape, to engage with the stories they tell, and then go out and take action.

#MyEscape won the Human Rights Award in the Scottish Mental Health Arts & Film Festival's International Film Competition and the screening was co-presented with Take One Action. For full film listings, check out our film flyer.