If I Forget to Remember: Preview

Talking Heads reporter Colin MacGregor previews Geez a Break Productions' If I Forget to Remember, which has already received a five star review at its premiere at East Kilbride Arts Centre and has further dates at Bellshill Cultural Centre and Rutherglen Town Hall.

‘It’s a small world’ is an often used cliché in this day of modern media platforms but one I found myself muttering just the other night. I had been in an online discussion with a gentleman named Ross McAree, who I discovered co-runs Lanarkshire-based Geez a Break Productions.

Where does ‘it’s a small world’ fit in? Well, I had made plans to go along this Saturday to the Bellshill Cultural Centre to review a play for SMHAFF called If I Forget to Remember and guess what the production company behind it is – that’s right, Geez a Break Productions – and Ross is a producer and actor for the play. Small world, eh?

Well it doesn’t end there.  Through talking further, I discovered that his co-founder and co-producer is none other than Liam Lambie, someone I am acquainted with through his past work and have very much grown to admire.

Liam and Ross are no strangers to SMHAFF, having produced the highly acclaimed play Lanes and Doorways for last year’s festival, which told the story of a group of homeless people living on the streets of Glasgow. 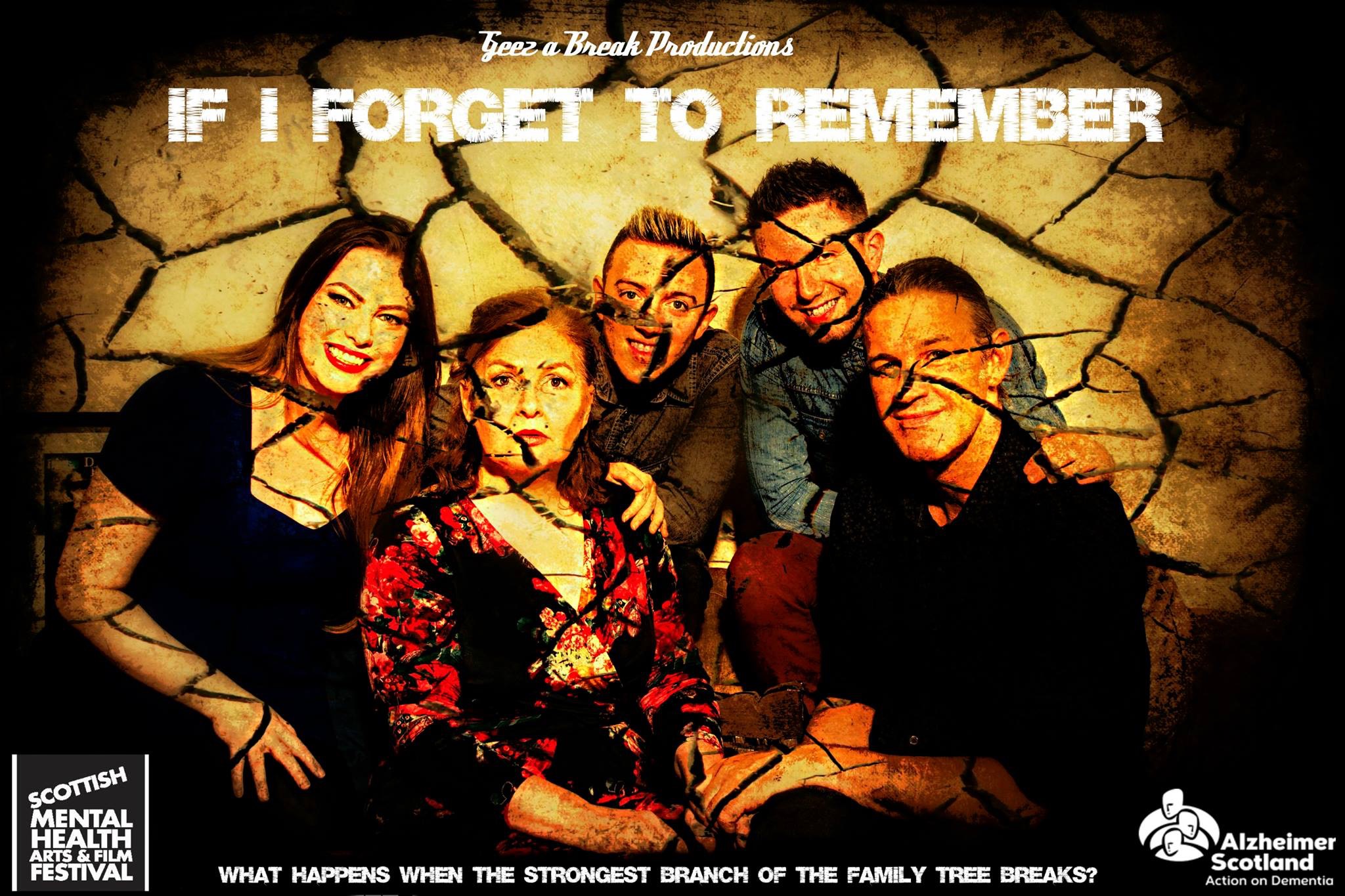 This year’s contribution If I Forget to Remember highlights the plight of a family as they deal with the heart breaking preparations for their mother who is diagnosed with early-onset Alzheimer's at the age of 52.

The play has already performed at East Kilbride Arts Centre and the news that filtered back to me was that it was a glowing success. It has already received a five star review in the local press and audience members have informed me that it received was a standing ovation.

By all accounts, If I Forget to Remember is a rare combination of humility, dignity, and humour, as the audience are lead on an emotional and heartfelt journey. I must also add that I have been told that hankies are a necessity.

Liam is a writer, director and producer who I will continue to follow in the future. His past works have been wonderful pieces that enthral an audience and If I Forget to Remember promises to be yet another notch that secures his impressive reputation.