Written and directed by Scottish writer, photographer and filmmaker Kenneth Macpherson, the silent movie Borderline was pioneering for its time. In 1930, more than 80 years ago, Macpherson made a film that crossed boundaries which many found unspeakable, let alone acceptable to be recorded onto 35mm film. Talking Heads reporter Anne Austin gives her interpretation of the film, focusing on the challenges and rewards that come with deciphering its cinematic language.

As a first time silent moviegoer, I was intrigued and a little cynical to see if I could detect what this so-called ground breaking cinematography set out to achieve. However, I was already intrigued – and surprised – that a Scottish man at this time had been involved in writing and directing a film about an interracial extra-marital affair, lesbian lust, murder and injustice. I was sold! Off I popped to the Centre for Contemporary Arts to discover more.

The main setting for the film is a small boarding house on the Swiss border, home to the society of the 1930s’ less accepted individuals. But before we see this, the opening scene of a train hurtling through wild weeds may suggest panic, unstoppable carnage or perhaps a long journey. As I said, I am new to this type of cinema, so please bear with me. 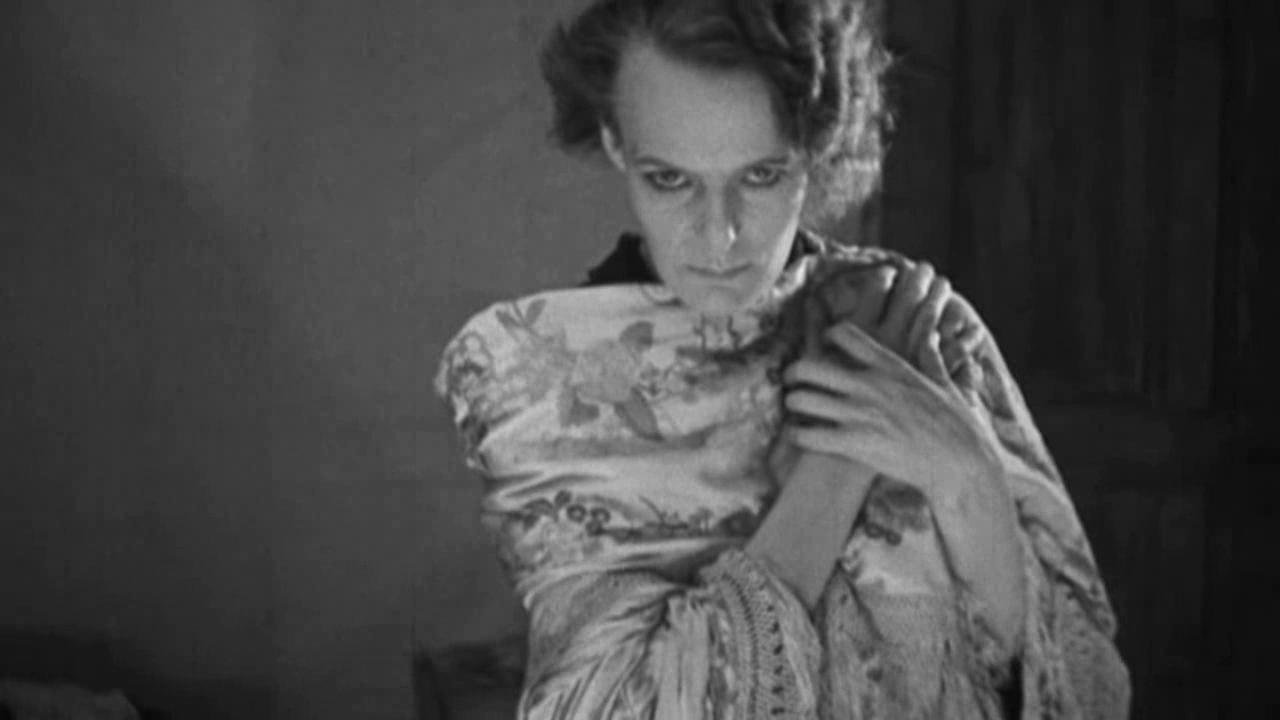 The boarding house inhabitants include the joyously drunk Manageress, played by Macpherson’s wife, the writer Bryher (also known as Annie Winifred Ellerman) who was involved in funding the film. The intensity of the nameless character is loveable and contagious, which contrasts with the dour, still character of her lesbian lover, Astrid, played by Hilda Dolittle, billed as Helga Doorn and better known as the poet H.D.

We meet Astrid in her opening scene, she is clearly agitated and ferociously attempting to contact someone by telephone. In another room in the house Thorne, her husband, seems troubled with his mistress Adah. A close up of a picture falling off the wall and the smashing of an ornament certainly hint that my first impression of a train wreck is on the way. Adah and her husband Pete, and I struggle to write this word, are described in the film as American Negroes, making the affair no ordinary matter. The camera zooms into Adah’s emotional eyes and, so far, the cinematography is doing a splendid job. I have easily absorbed that the scorned wife Astrid is on the edge of turmoil, the mistress Adah looks a bit sheepish and dismayed and Thorne is stuck between love and the right thing to do. Well for 1930 anyway.

The boarding house owner bursts on to the screen with her over exaggerated dancing. Her wild movements shout out that she is merrily drunk without much of a care in the world and knows how to have a good time. Hence, perhaps, the liberal and very ahead of its time boarding house which accepted all. So far so good and I am enjoying this very different kind of cinema experience.

The wife and the mistress engage in dialogue and intertitles (words on screen, yes I had to look that up) show Astrid telling Adah that she must leave Thorne and go back to her man Pete. The camera shoots back and forth to the nameless boarding house owner who dances the day away with her glass half full, whilst a cheery looking chap plays the piano. Undoubtedly the contrasting of the carefree socialising and the melancholy of Adah leaving, to do the right thing, and Astrid’s sheer panic are captured. A smirk from Adah to Astrid suggests that she is in fact in no mood to leave Thorne.

Thorne is still not a happy chap. He stares intently to the floor at a knife sticking out from the floorboards amongst debris from whatever has been broken. An overhead shot of Thorne staring at the floor shows how hopeless he feels. Pete, the betrayed husband, has more complex emotions. His eyes are clearly sad but somewhat forgiving and very kind. Close ups of his relaxed hands confuse me, yet it is apparent that Pete is by far the most rational and calm character.

Throughout the film, the boarding house owner and her lover, who seems to be a barmaid, mostly appear happy until a bit of flirting by the former with various inhabitants puts a look of distaste on her girlfriend’s face.

The catalyst for change comes when Astrid dances in front of Thorne with a sharp knife. She cuts his face and hand and kisses the knife which in the hands of Thorne ends up killing her. Meanwhile, in the bar area, the mood joyous again with embellished dance moves and the literal over flowing of booze. The house owner, her barmaid girlfriend and Pete are having a fun time and the smiles from Pete say it all. Two lesbians and a black American man enjoying socialising together but injustice is not far away.

Thorne is acquitted of Astrid’s murder and the mayor orders Pete to be removed not only from the boarding house but from the town. The drink keeps flowing but the merriment and dancing stops. A hand shake between Thorne and Pete, prior to Pete leaving, again crosses the borderlines of the time as not only has the cheated husband forgiven his foe, but a black man and a white man shake hands on screen for a lengthy time.

As a novice to this type of entertainment, it was clear that the cinematography depicted each character’s personality without any ambiguity. However, in my eyes, it did little to guide the plot, in which there are many areas that still perplex me. For example, the artificial seagull and the deck of player cards, the cat fetching a goldfish from a glass jar full of water and a toddler trying to kick away an adult who was attempting to put his shoes on. I also remain confused about the frequent appearance of an elderly lady, who only becomes clear when intertitles reveal her thoughts on black people.

That said, the emotions and feelings of these startling characters are wonderfully portrayed and worth viewing for that in itself.

Borderline screened at the Scottish Mental Health Arts & Film Festival, with a live score from Rick Anthony and Duncan Marquiss of The Phantom Band. For full film listings, click here.