Syd and Roger: An Interview with Ian Barrett

Twenty years ago, I regularly spent lunchtimes gazing at a house opposite my sixth-form college. 183 Hills Road in Cambridge had been the childhood home of Pink Floyd founder and original frontman Syd Barrett. It mattered not that Syd hadn’t lived there for decades. I was a fan, and, like many Syd fans before and since, slightly obsessive.

Meeting Ian Barrett in Glasgow ahead of Dream & Reality – a 70th birthday tribute to Syd Barrett at Òran Mór, held to celebrate the opening week of Alan Bissett’s biographical play One Thinks of It All as a Dream – I wondered how greatly our perceptions of the same person might differ. It felt apt that I, as a fan who never met his hero, should think of him as “Syd”, a nickname, rather than as Roger, the real name by which Ian, his nephew, knew him. In some ways, Syd and Roger seem like different people. 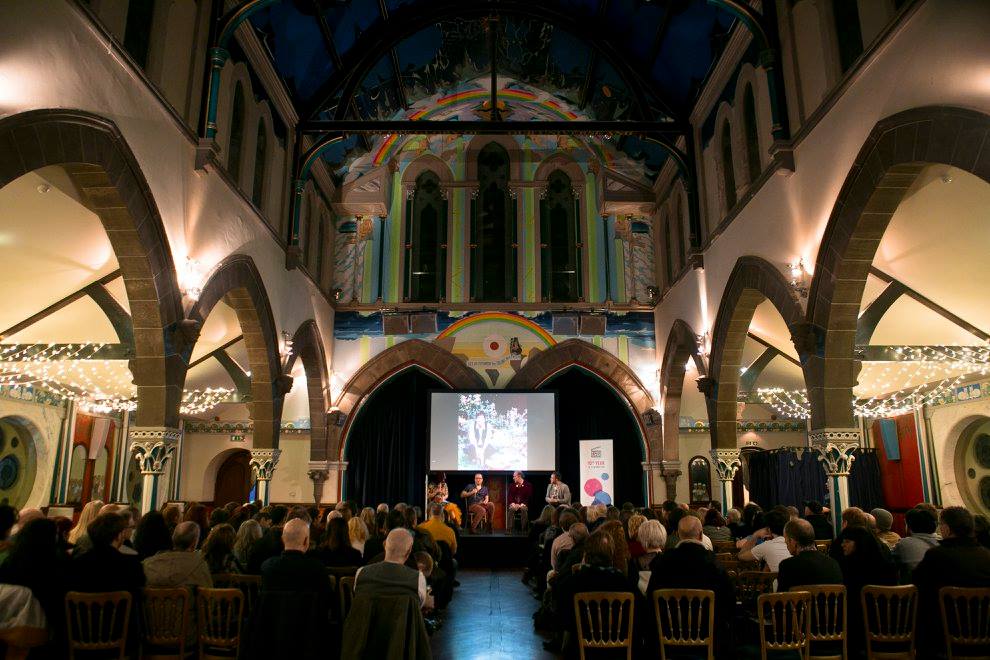 Syd quit show business in the 1970s at the height of his fame. Roger (the name to which Syd reverted) spent the rest of his life avoiding the public eye. Eager for more, however, fans and the press attempted to fill the gap with whatever information they found, fact and fiction often merging to form myriad versions of the same person. Now, seventy years since Roger Keith Barrett was born, Ian is keen to present a more rounded view of the man he knew as an uncle rather than a rock star:

“The house he lived in was where he’d moved back to Cambridge, our gran’s house. It’s not far from Luton, [where] I’m from, so we would quite often go and visit. We always called him Roger because I was born in ’72, almost at the point he gave up music. It was strange growing up because without the internet it was quite hard to work out, from my perspective, what he actually did. You’d have a few music books and magazines, but he wasn’t really mentioned a lot. He’s probably got a higher profile now than he ever had in the ’80s.”

To have a famous relative is unusual and Syd’s fame was stranger still in that he actively spurned it, although this wish wasn’t always respected:

“It was unusual in that he didn’t have a traditional show business career. He refused to continue with it, but everyone else said: ‘Hang on, we’re not going to let that one go.’ And that was one of the problems he did suffer from. He would constantly have people turn up. Word got out about the address. We used to hear stories of people travelling from Italy and other places. Some of the fans would pluck up the courage to knock on the door. I don’t know what they were expecting. I’ve seen videos on the internet of inside his house. Some fans had peered through windows and filmed bits of the inside of his house and that’s creepy, isn’t it?” 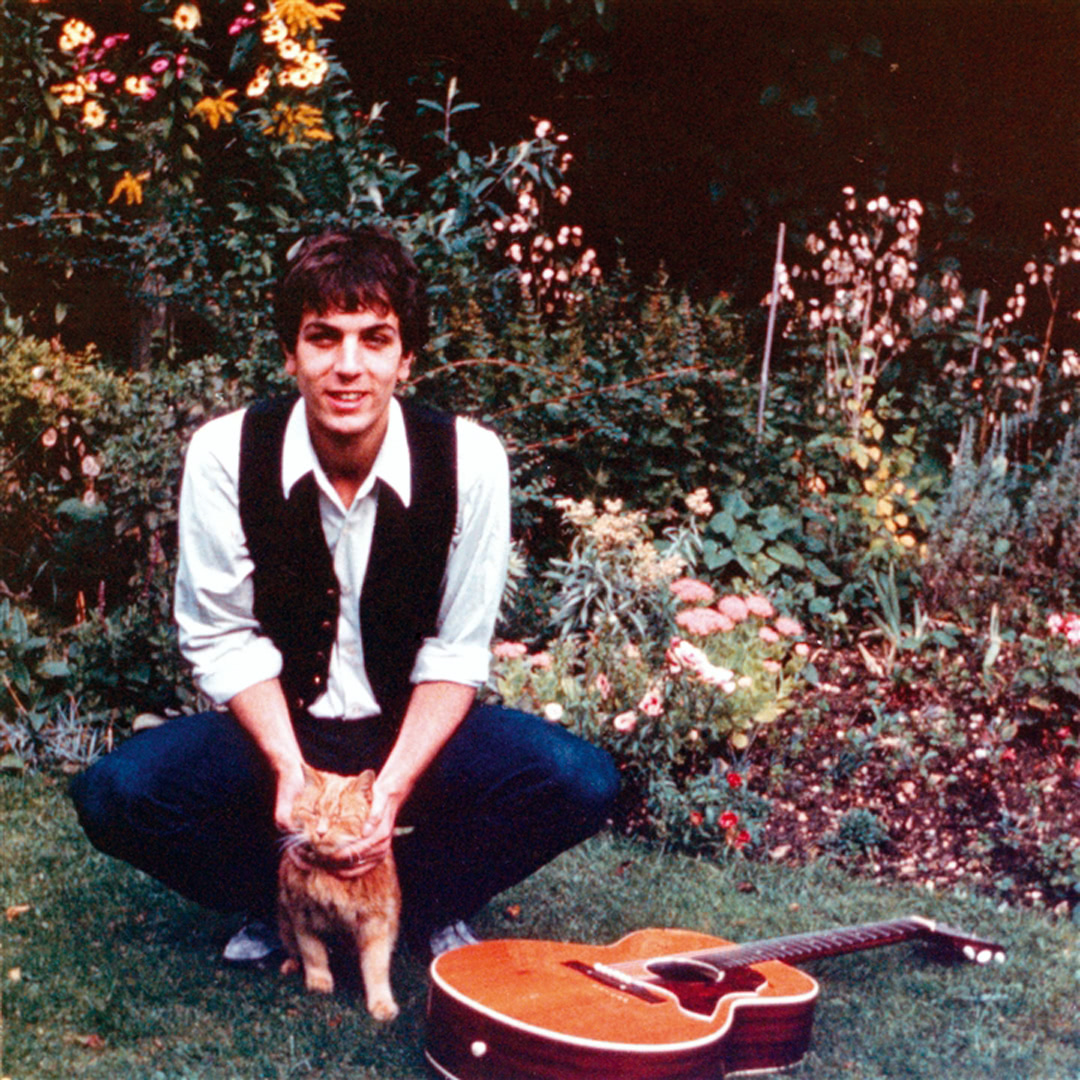 Such intrusions were, sadly, neither desired by Syd nor always to the benefit of his wellbeing. From towards the end of his time with Pink Floyd, Syd’s health left him, in Ian’s words, “not particularly mentally strong – no one’s going to pretend he was super sturdy.”

Much has been surmised about these problems, and drugs have always played a part in Syd’s story. Ian admits there is some truth to this:

“Nobody’s denying that any of that happened. But then that’s a different era. I mean, most of it was completely legal then. It took quite a while for a lot of them to become illegal so you can imagine it was easy for people to become a mess.”

It could also be that Syd’s youthful drug-taking simply exacerbated problems to which he was already predisposed, and which may have developed anyway.

In some ways, public awareness of Syd’s health contributed to breaking down misconceptions regarding mental illness. Unfortunately, some of the wilder accounts of his behaviour perpetuated stereotypes. Ian is eager to refute the many myths:

“I think in the ‘80s and ‘90s the focus was on the crazy stories, and, to be honest, I’ve looked into quite a few of them, to actually find out how much truth there was, and when you delve down, there are an awful lot of stories where there’s very little evidence. There’s been an awful lot of mythologising over the years. Some of it might be true but if you don’t know if it’s true, it doesn’t have an awful lot of value, does it?

“People have tended to put aside the crazy acts that he was supposed to have done, which is partly why we wanted to do the website. It’s so that people have a direct focus for the things that he did make.” 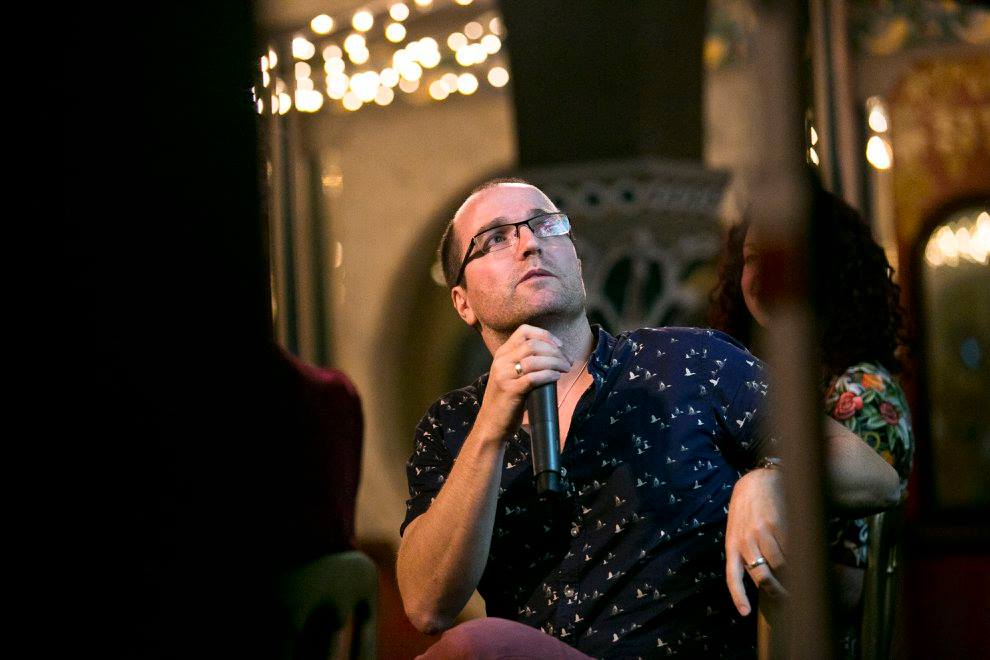 The new website, www.sydbarrett.com, created by the family, has amassed a huge range of materials concerning his life, music and art:

“We can put out what we want people to see. We thought it would be nice to make sure fans get the right images, and the dates are right and so on. Because one thing fans are very keen on is getting everything right. You’ve got to be on the ball!”

Ian recognises too, though, that there are limits on how much the family can supply to sate demand:

Ian tells me of a seven-year-old American boy who dressed as Syd for his school fancy-dress day. A decade since he died, Syd continues to attract new admirers. Ian spoke of the public reaction to his uncle’s death:

“I remember going into a paper shop on the Monday because I was curious to see if there was anything in any papers. I picked one up to flick to the music page, but it was on the front cover – that was the bit that amazed me. As a family, we didn’t realise that was the level of interest he had. It was surprising in a nice way that someone who hadn’t played since the 1970s was on the cover of most of the national newspapers.” 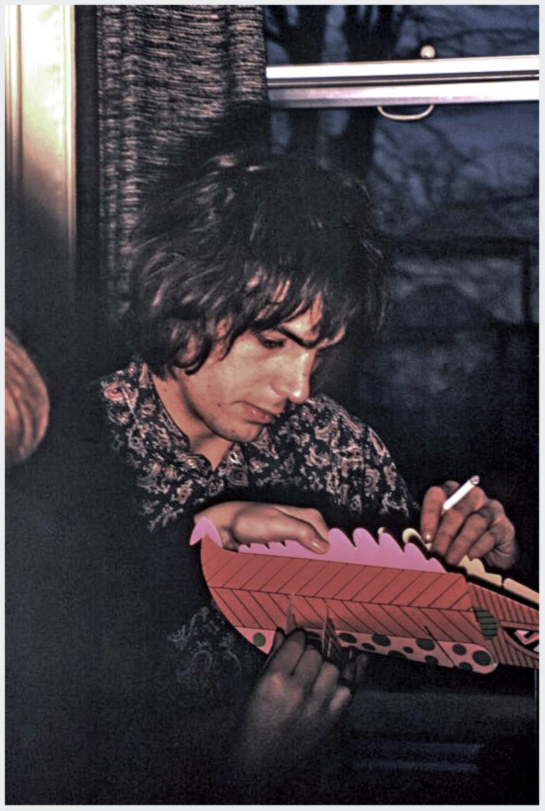 Nothing suggests this interest will fade away soon. Syd remains a deeply fascinating and inspirational character, an artist of extraordinary creativity. Before Ian departed for Dream & Reality, I asked if he has a favourite song by his uncle:

“The song Opel. It’s kind of stark, and it never really gets much press. It’s not bleak but it’s haunting.”

I left the interview honoured to have gained greater insight into a man who – whether known as Syd or Roger – means so much to so many, and whose work remains, as Ian so beautifully put it, not bleak but haunting.

Alan Bissett's play based on the life of Syd Barrett, One Thinks of It All as a Dream, is now showing at the Traverse Theatre in Edinburgh from 25–29 October and The Lemon Tree in Aberdeen from 1–5 November. Click here for more information and booking details.

Creativity runs in the Barrett genes, and Ian creates (and sells through his website) a lot of visual art. One of his paintings is even being turned into a song as part of a synaesthesia project. Ian also crafts exquisite items from meteorites and fossils. His Jurassic Jewellery is currently attracting clients such as Sean Lennon and Oasis’s Andy Bell, as well as supplying museums, galleries and the NASA Kennedy Space Center. Click here for more information, and here to read an in-depth interview about his work.