Talking Heads reporter Andrew Revill attended the Big Peace and Jam at Recovery Fest in Renfrewshire, taking photographs, recording performances and even taking the opportunity to join in himself.

As an amateur guitar player, I attended this jam with Paisley Guitar Club and the Buddy Beat with not a little bit of nervousness about my standard of playing in comparison to the talent that was performing at the Sunshine Recovery Cafe. 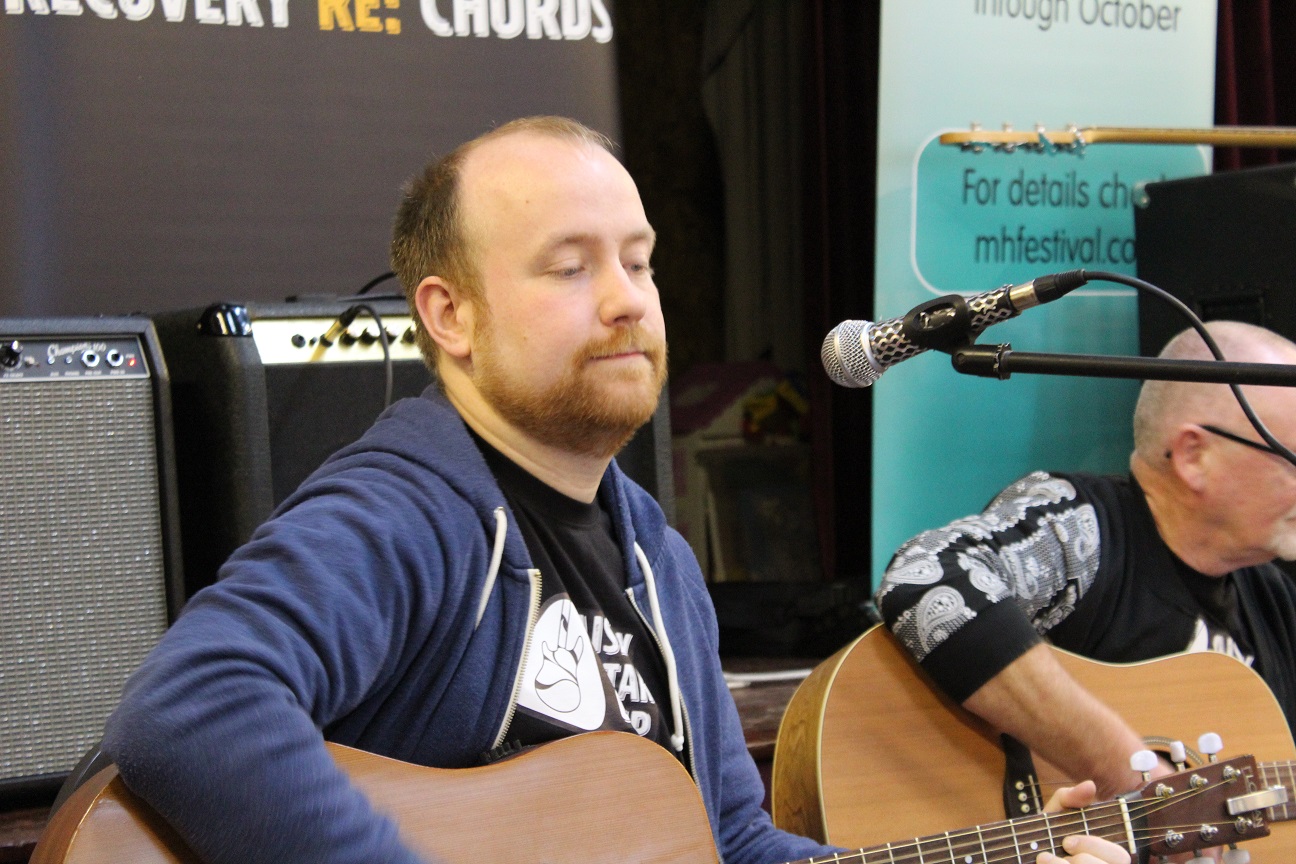 The Paisley based guitar group kicked things off with a few songs played together on acoustic guitar, before the Buddy Beat took up centre stage with a few drumlines that encouraged the whole audience to get involved. The session was then given that extra bit of class by a local solo guitarist and singer. 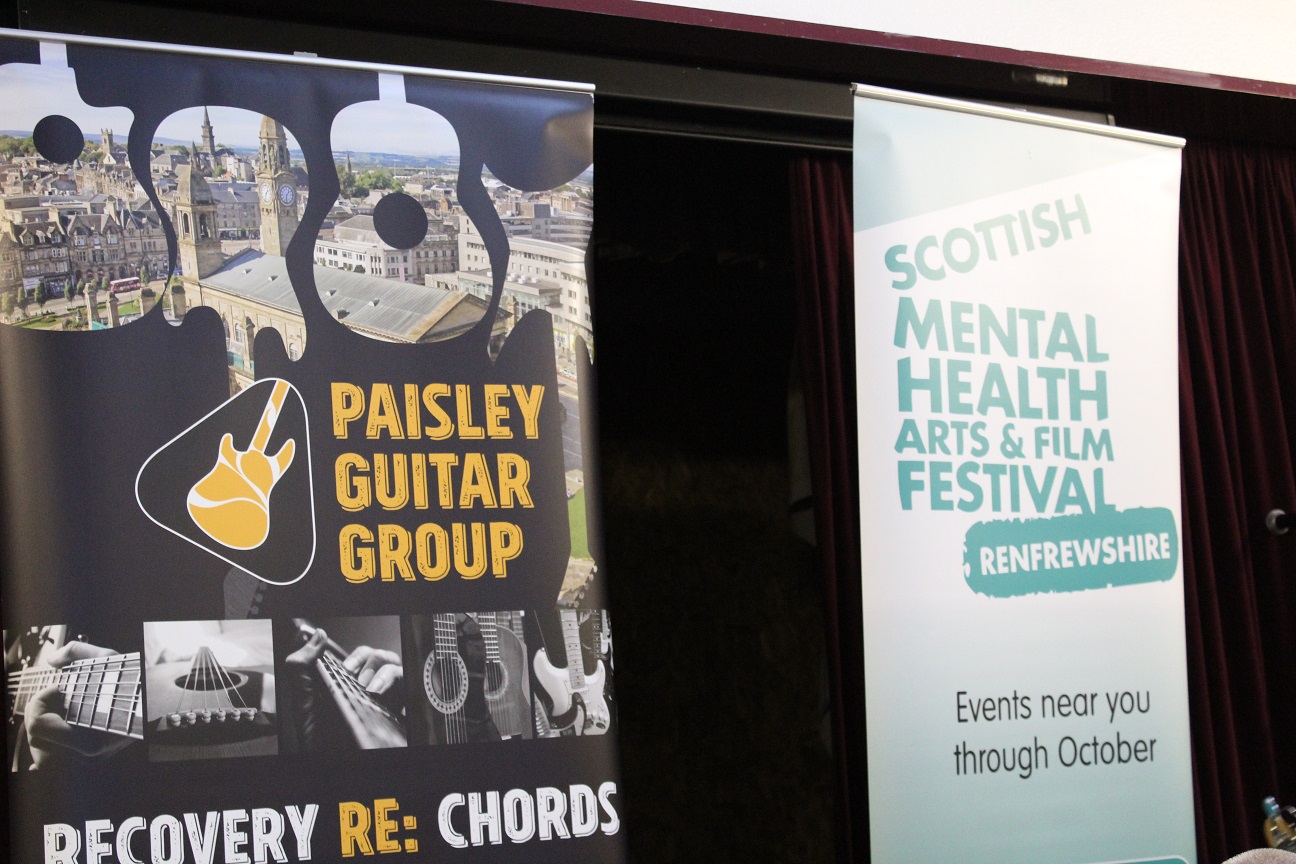 With such a display of talent on show, I was afraid I was going to find it difficult to engage with the group when it came time for the Big Jam. What right did I, a self-taught amateur, have to stand up, plug in and play along with people who clearly knew what they were doing? Moreover, how was I going to keep up with them? What if they played in a key I didn't know, with chords I didn't know? What if I played a wrong note and wrecked it for everyone? 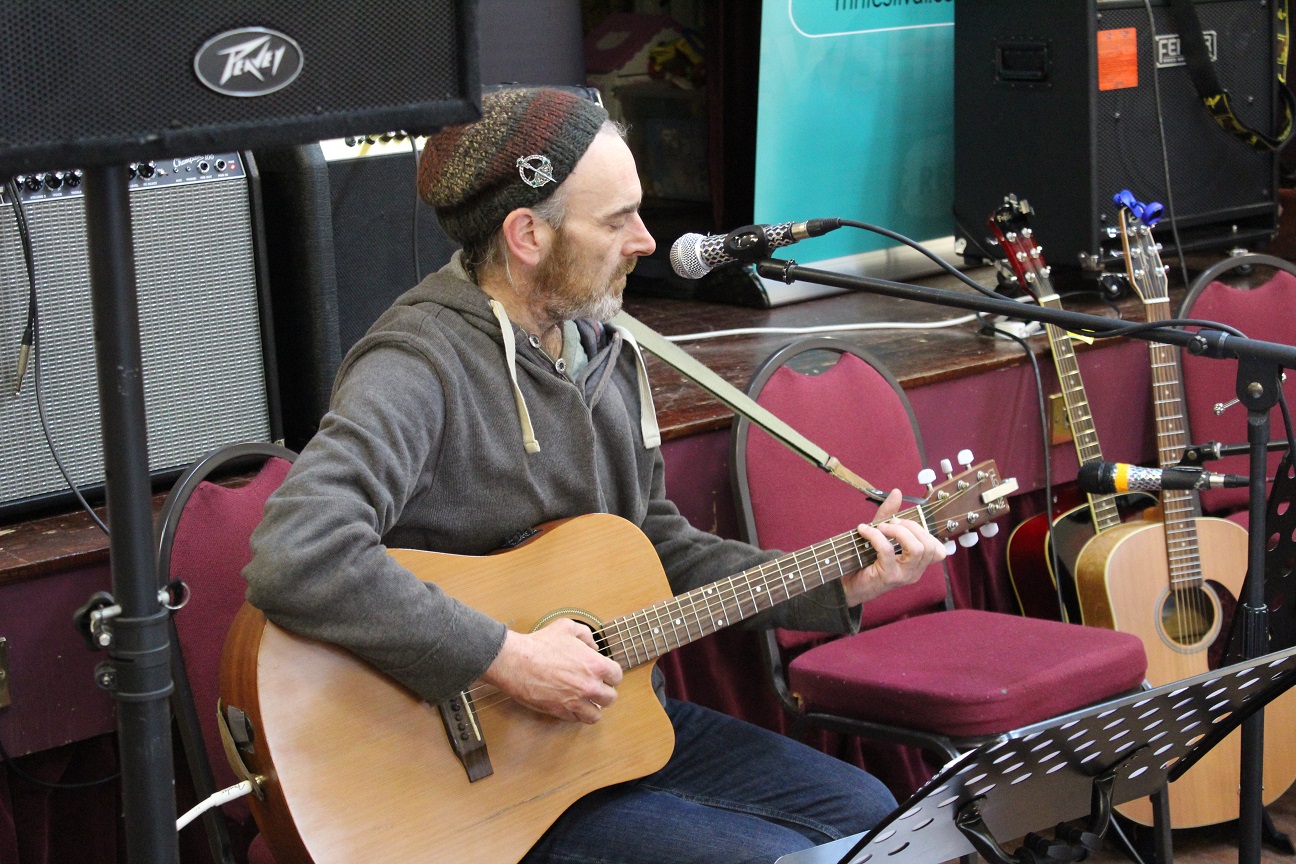 Well, after dodging around at the back gathering some photographs and hitting record on my Dictaphone to gather some evidence that I had at least been along and watched, I am pleased to say that I did in fact summon up the courage and gave it a try. 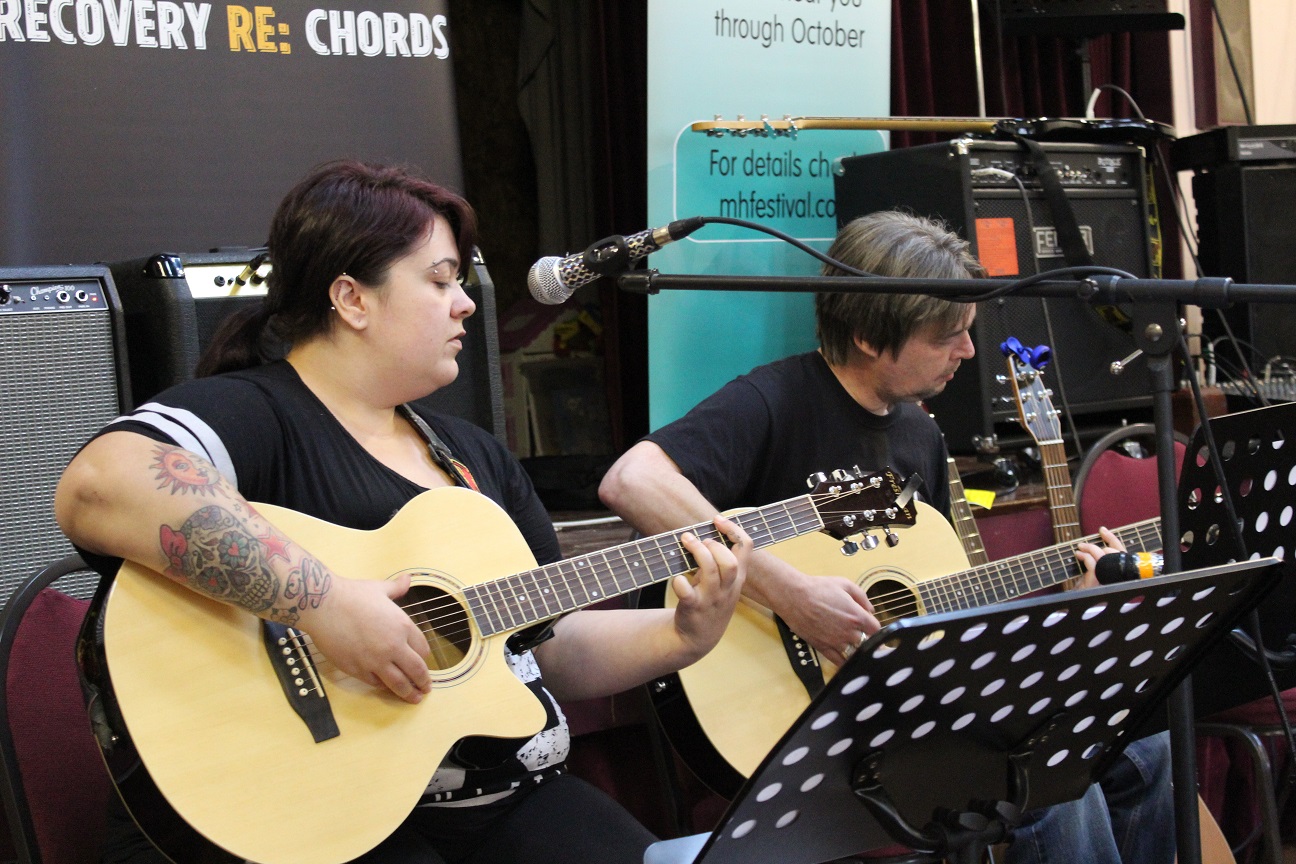 I was helped in no small part by the general atmosphere of friendliness that enveloped the entire session. Every person in the Recovery Cafe that morning – whether they were a musician there for the Big Peace and Jam, busily making bacon rolls to dish out to the gathering audience, or a member of the audience themselves – made the event feel relaxed and fun. 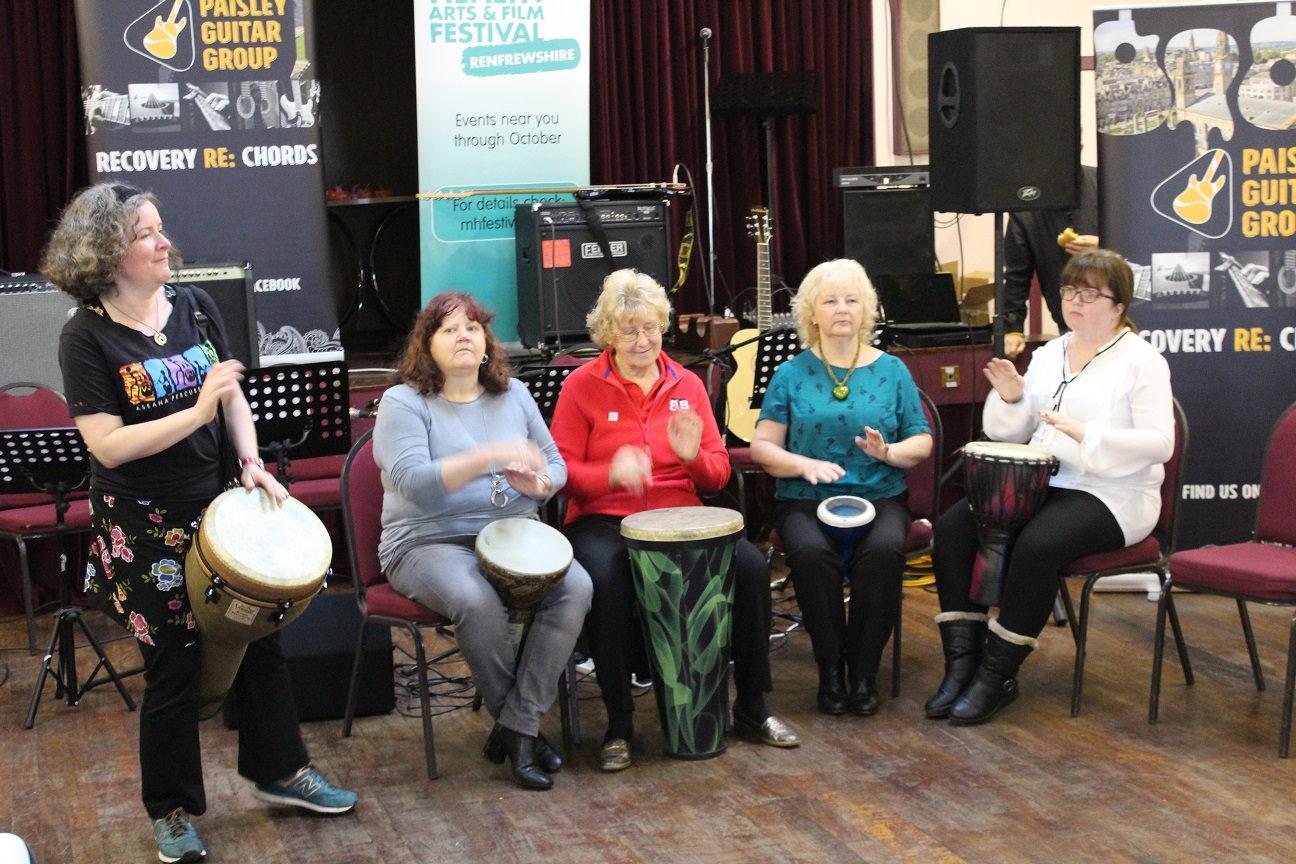 So, enough talk from me. Here is some audio cut together of the different musical styles on offer, ending with the Big Jam with us all pitching in, myself gladly included.

Find out more about the Talking Heads project here.