Time Well Spent at the University of Stirling

Monday 10 October was World Mental Health Day and on the University of Stirling campus there were a whole range of activities to get students to think about mental health in a positive way. Talking Heads reporter Andrew Revill has recorded his account of the day using words, photographs and video. 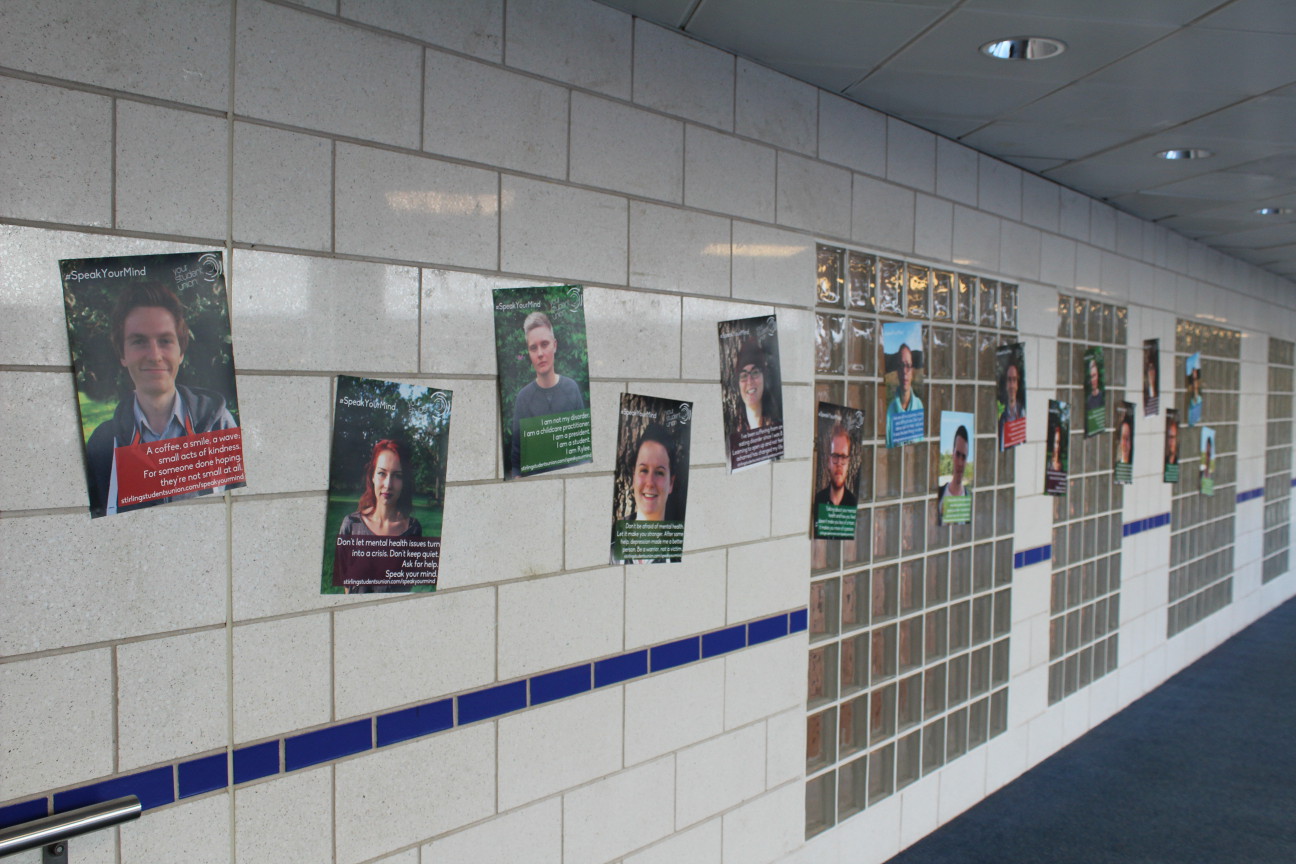 Members of the Students’ Union, led by Union President Dave Keenan, took over the Atrium in the Andrew Millar Building to ask students for a moment of their time to think and talk about mental health. 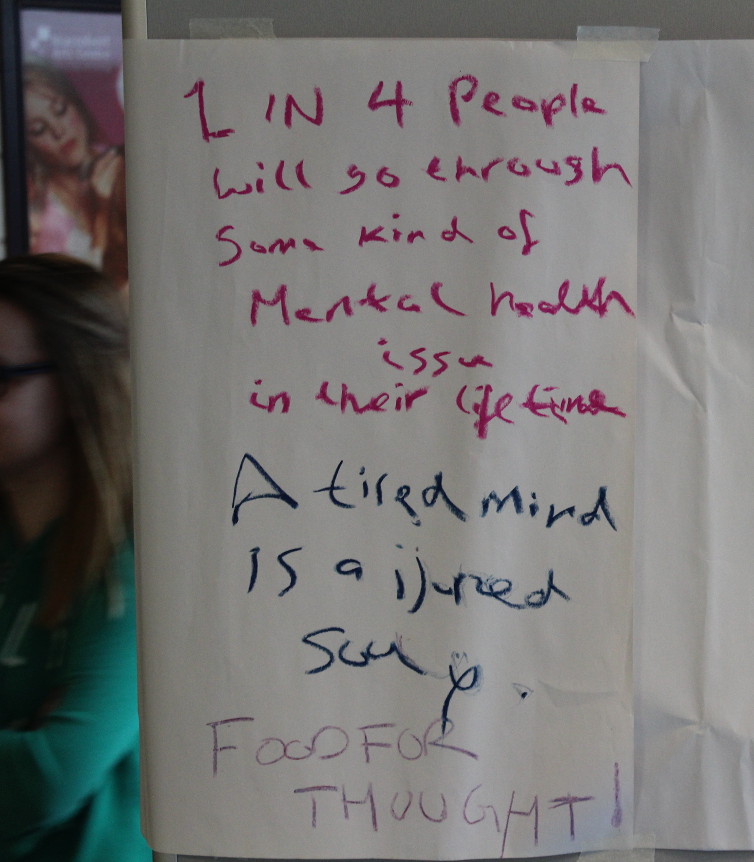 There were a variety of stalls that invited you to take part in simple, fun activities that not only allowed you to relax and unwind, but also to engage in conversations about mental wellbeing. 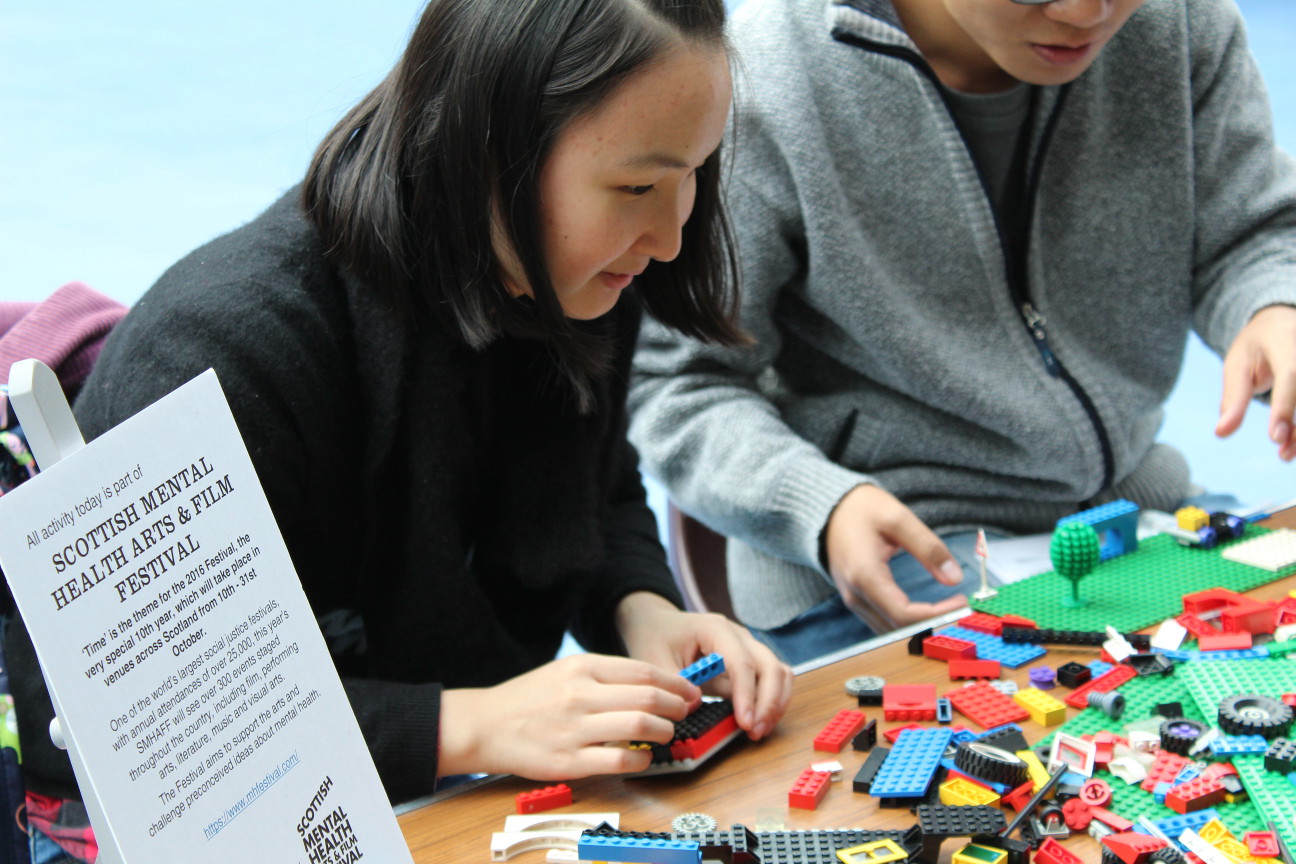 I began with some colouring in, something which I had not done since I was in primary school, and had completely forgotten how much fun it was. This table was visited by many students, who had some time between classes to join in the activities, and led by the very friendly and creative Linda McCulloch of Unity Group and Lesley Anne Derks of Artspace. 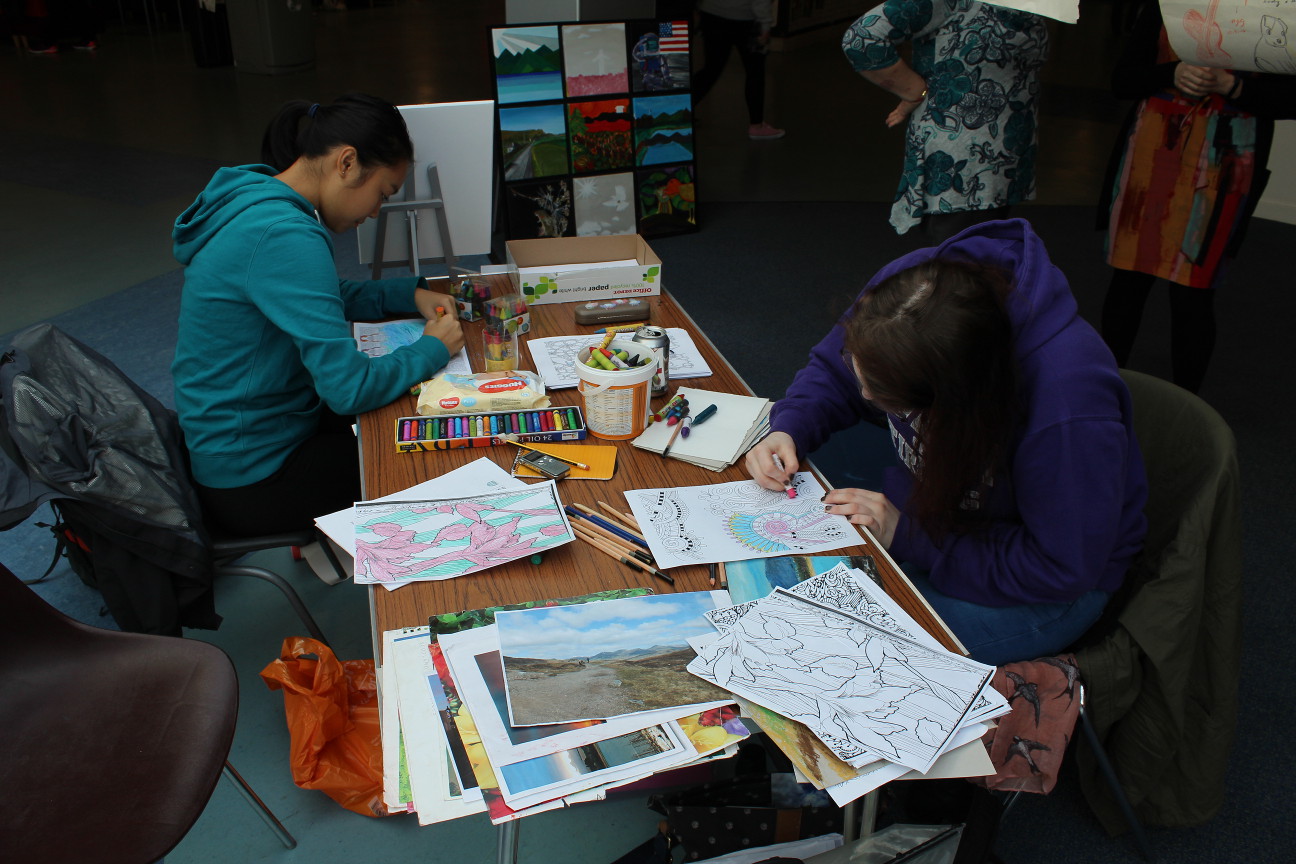 Next I visited the Play-Doh! table, and got chatting to Artlink Central’s Artistic Programmer Catherine Findlay about the event, as well as her own personal experiences with anxiety and depression. 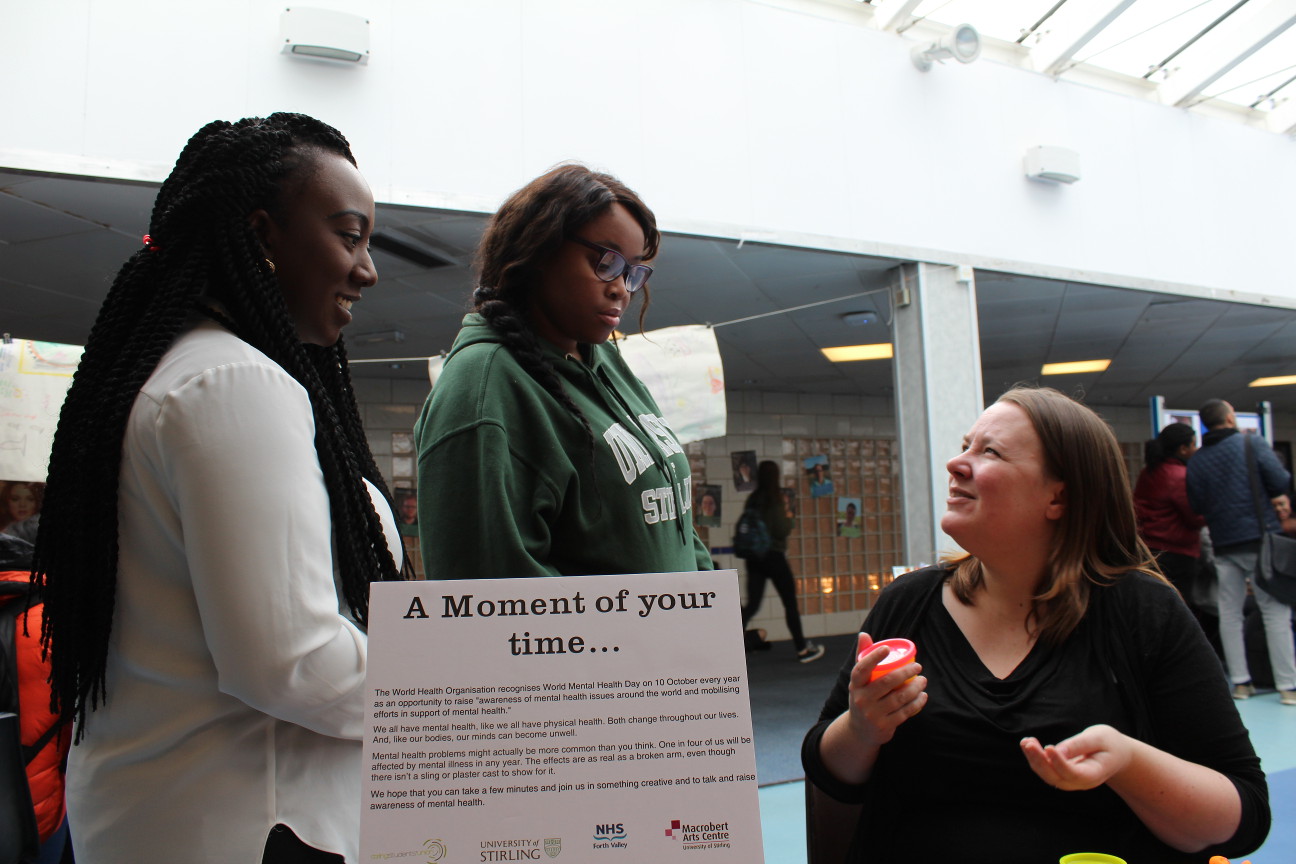 I also spoke to Bethany Avery of the University of Stirling’s Mental Wellbeing Society. They were staging a photo booth encouraging people to take a selfie with an item of yellow clothing on or holding a yellow prop, (think rubber duckies!) to then share on social media with the hashtag #HelloYellow. 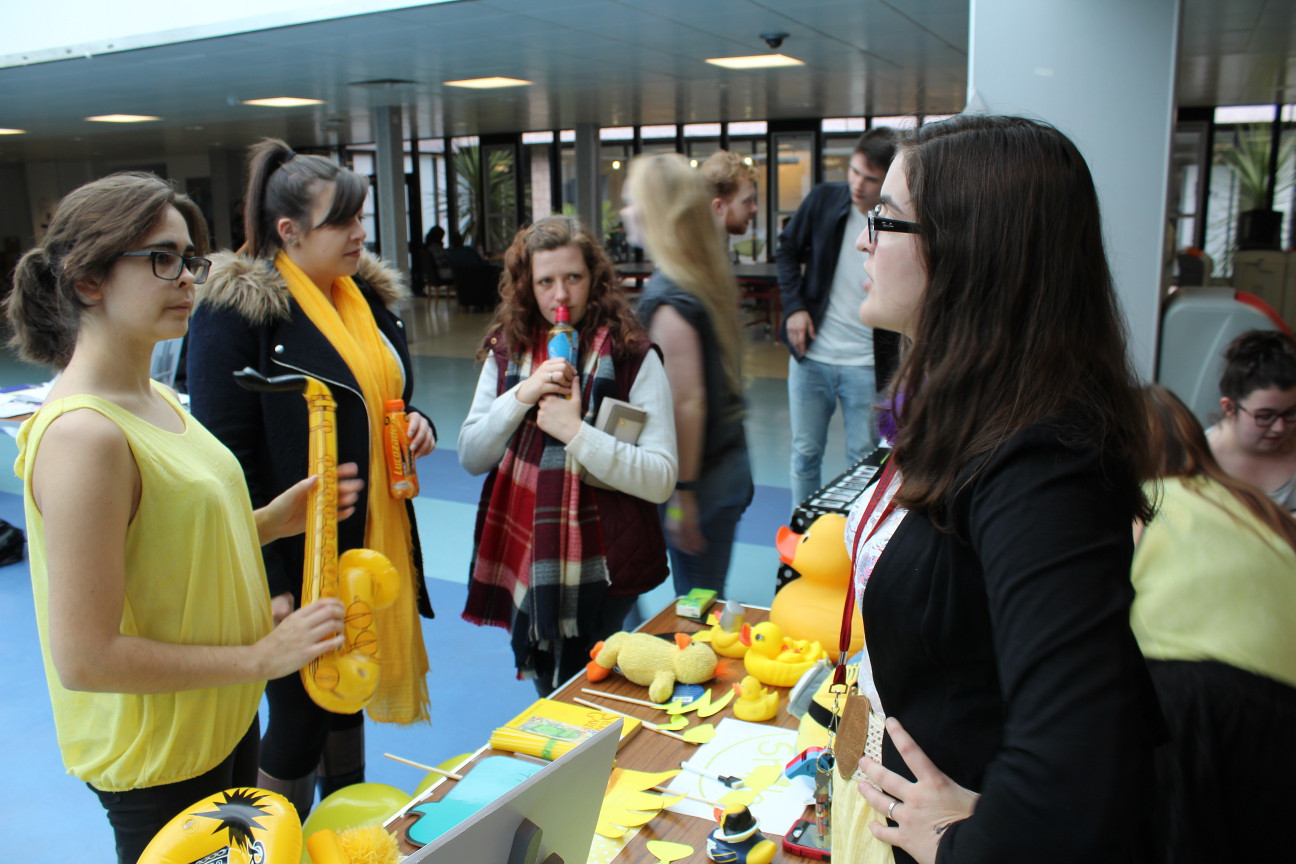 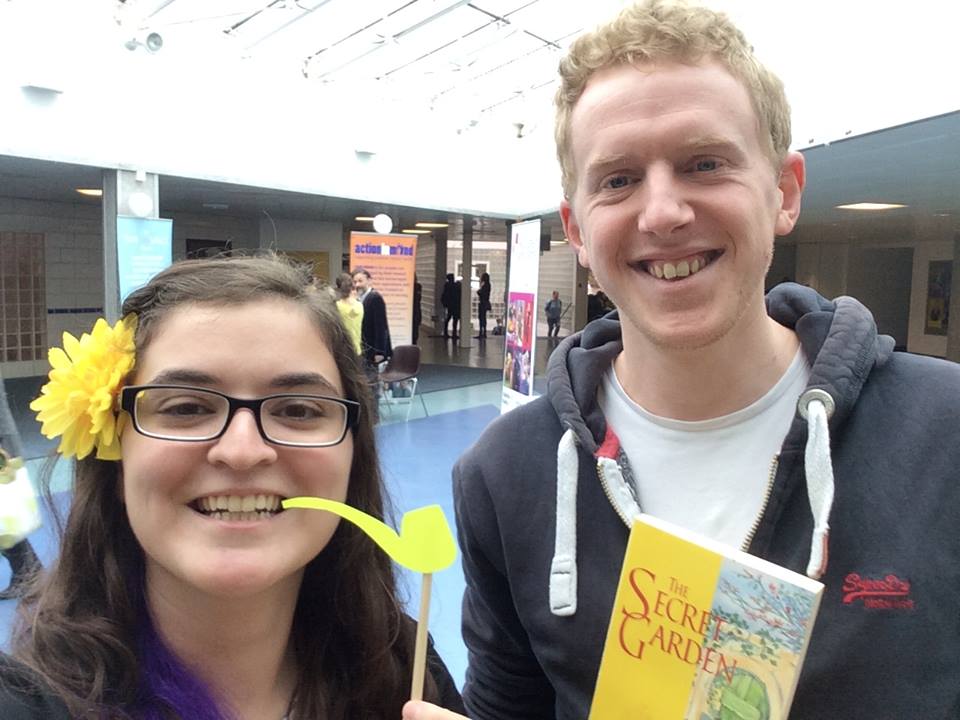 The final stall was a photo booth of a slightly different kind. Sebastian Lawson-Thorp, a former student and founder of the Relief Café, was running his #PledgeWithAPolaroid campaign. 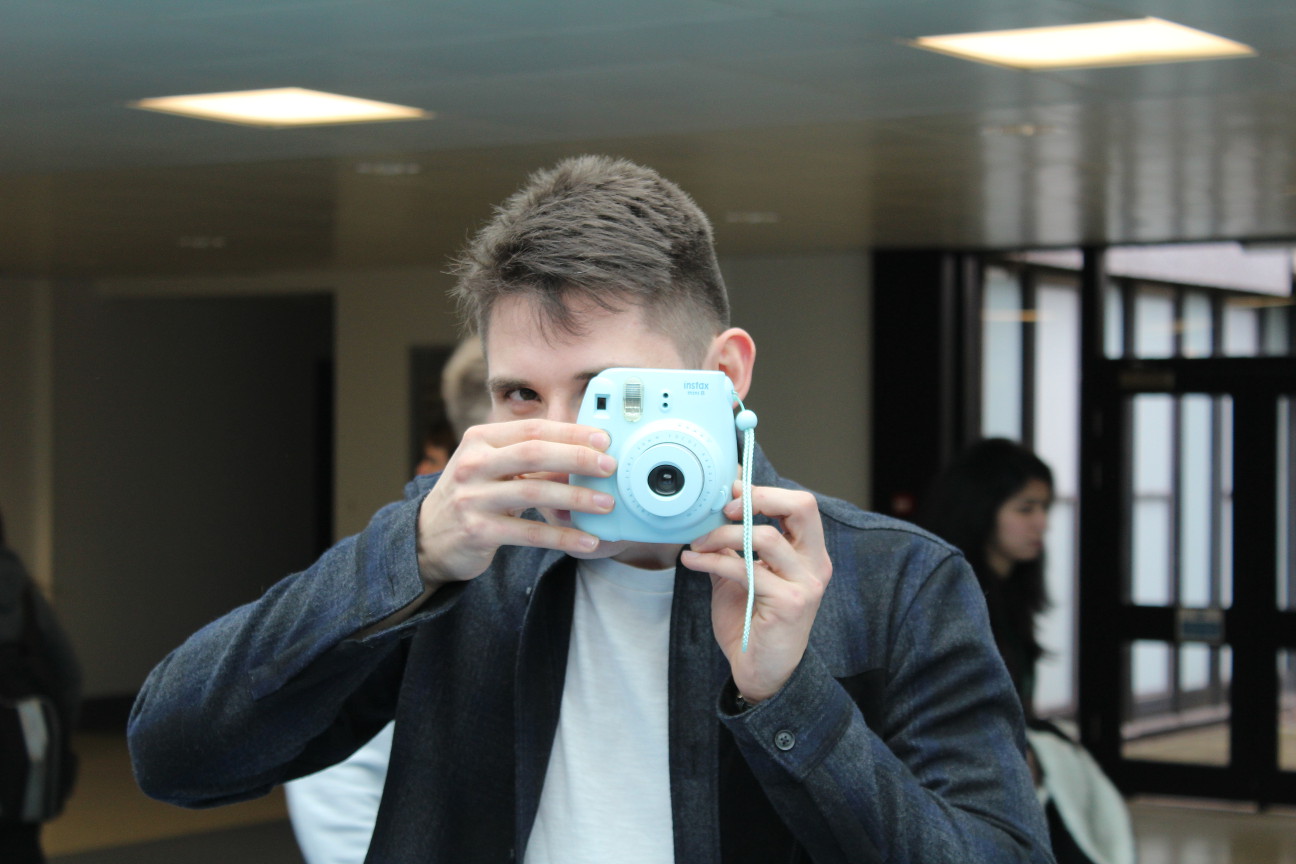 The campaign involves getting students to have their picture taken on a Polaroid camera as a way to show their support for ending stigma related to mental illness. He described it as “something instantaneous but also lasting”. 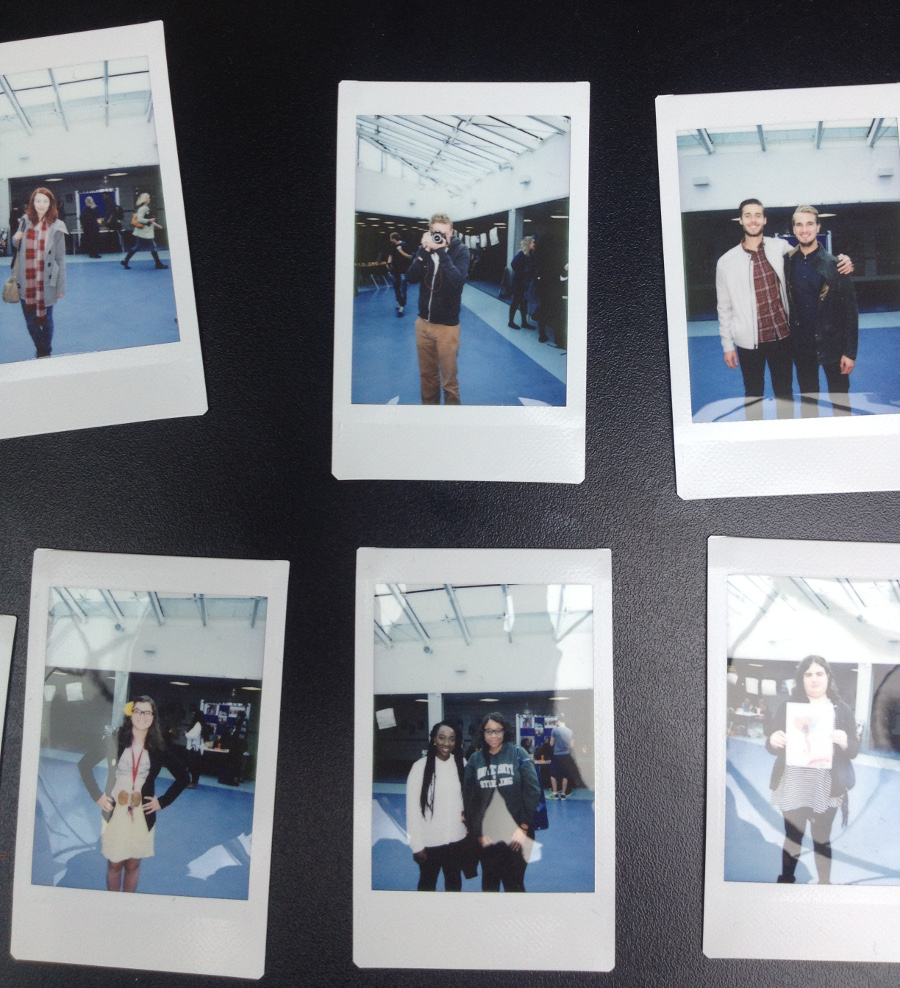 Sebastian’s pictures were then displayed in the Pathfoot Building on campus, alongside artwork from Artlink Central, some of which you can see here. 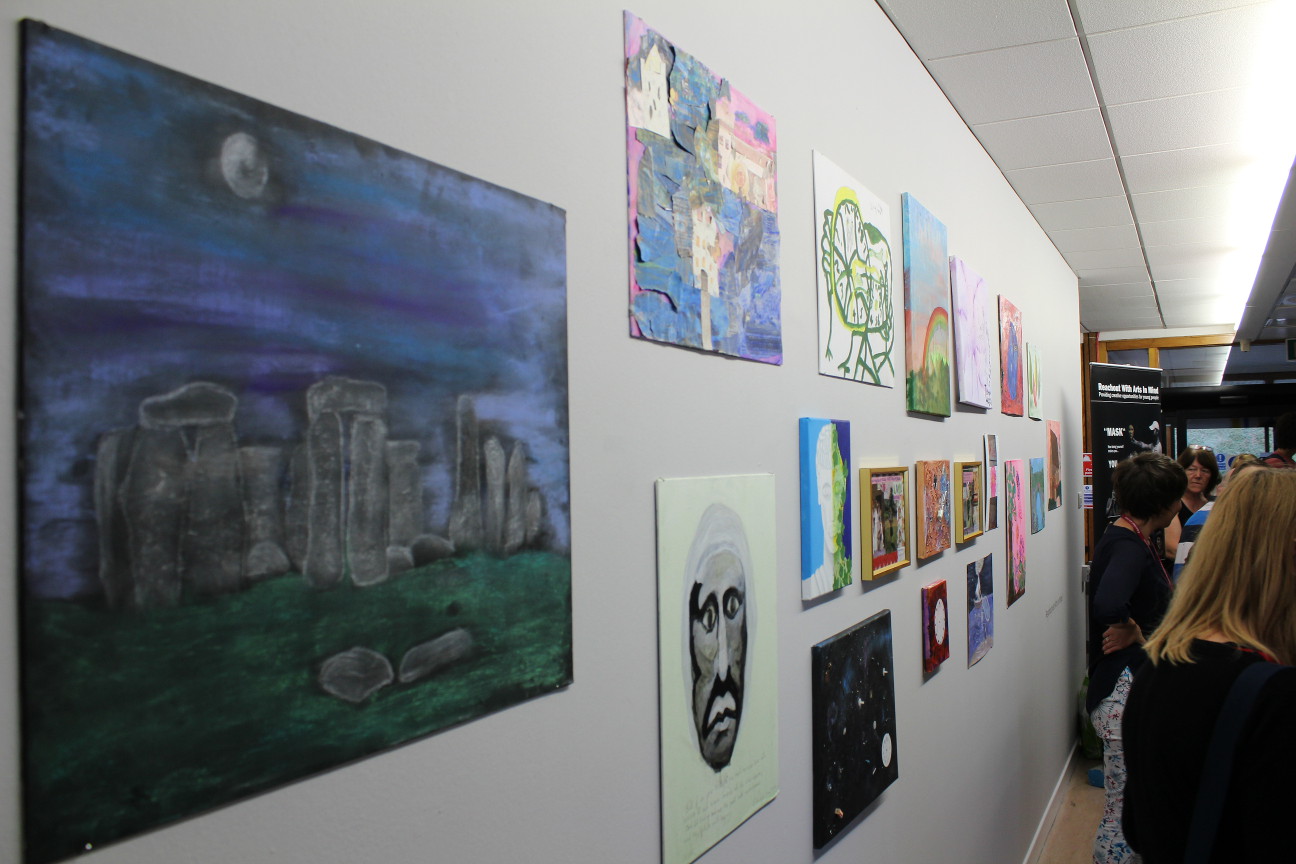 The exhibition, which runs until 31 October, was launched by The Treehouse Gang, a therapeutic singing group led by Gareth Perrie, also of Artlink Central, which had also performed earlier in the Atrium. Here is the Gang’s rendition of traditional folk song ‘Wild Mountain Thyme’.

Time and Artspace Time is a joint exhibition held at The Art Collection in the Pathfoot Building at the University of Stirling Campus. It is open daily from 9am-5pm until 31 October and is free to attend.